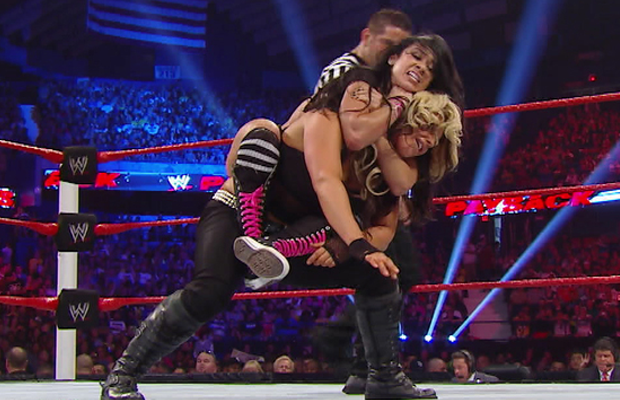 Tonight at WWE Payback, AJ Lee did as she promised, taking away the one thing Kaitlyn had left: her Divas Championship.

In a heated match that reflected their heated rivalery, Kaitlyn managed to work out of AJ’s Black Widow submission several times, but once more was enough for AJ, and Kaitlyn eventually tapped out.

Kaitlyn was noticeably upset post-match, a mood that wasn’t helped by the rowdy Chicago crowd chanting “You tapped out!” to her. Her fellow Divas tried to comfort her backstage, but she was inconsolable. 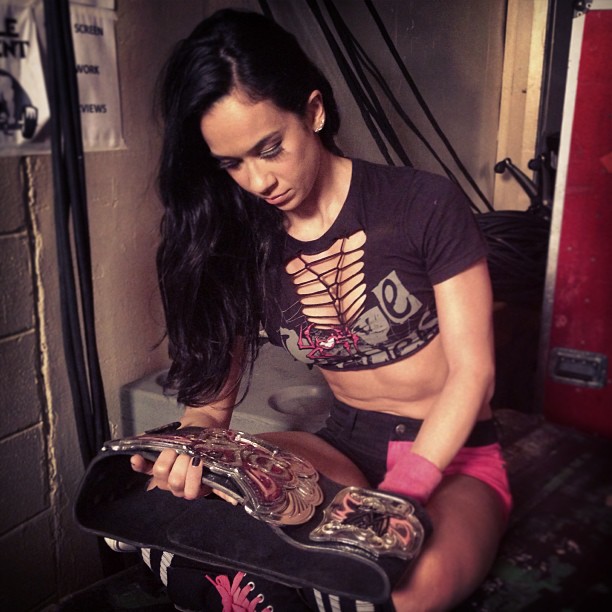 What did you think of the match and its outcome?