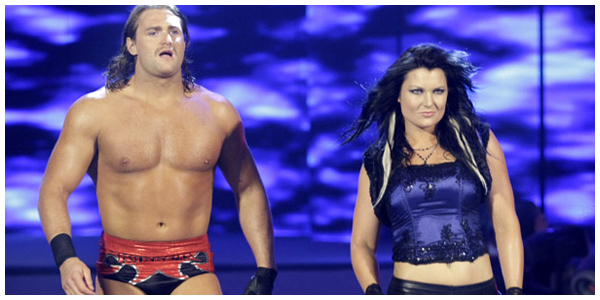 WWE has made Katie Lea an orphan! The company has announced that it has axed former ECW wrestler Paul Burchill.

The Burchills made their debut together in February 2008 before moving to ECW last year. After a feud with Hurricane Helms — who coincidentally, has also been released — the Burchills were forced to leave ECW in a ‘Loser Leaves Town’ match.

The writing was seemingly on the wall when Katie moved to Raw in time for the Divas Championship tournament last month with nary a mention of her brother moving with her.

With two cuts made already, we have to wonder if there may be more on the way including Diva releases. Pray for your fave!