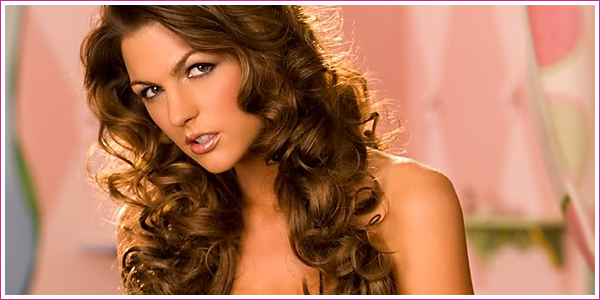 WWE has signed a new Diva in former Playboy model Jillian Beyor. The official FCW website is advertising their newest Diva as appearing at a special meet and greet before this Friday’s Christmas Chaos show. Now, it’s not 100% certain that Jillian has a WWE contract just yet, but I doubt a Playboy model would have any desire to train at FCW if there wasn’t a plan in place for a leap to the WWE. Also, as far as we know, only contracted talents train at FCW, so there’s that.

Boyer was Playboy’s 2008 Model of the Year (not to be confused with the Playmate of the Year title, but don’t ask me what the difference is) and appeared on the 5th season of CW’s reality show Beauty and the Geek. For a taste of her personality, I’ve provided a Playboy.com video where she answers a fan’s question:

I think you’ll agree with me when I say that that was an extremely classy question (yes, that was sarcasm), but Jillian handled that decently. Though her Playboy involvement may skew your decision, how do you feel about this signing? Personally, I was hoping that the WWE was moving away from the model hires. Hiring a Playboy model seems to be heading in the completely wrong direction, in my opinion. Yes, WWE Divas have posed in Playboy many times, but that was after they established some sort of credibility in the company. Doing it in the reverse order certainly isn’t that same thing.