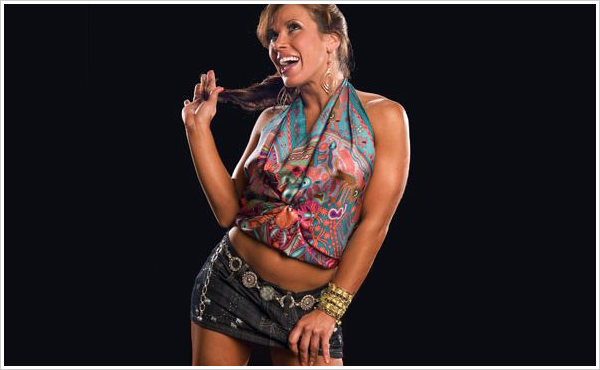 There seems to be a general consensus among fans and journalists alike that Mickie James has been drawn the short straw in Candice Michelle‘s return. Despite being Women’s Champion and at the forefront of the women’s division in Candice’s absence, the expectation is Mickie will now be pushed further and further back in the division behind Candice. This is evident as Candice, two weeks removed from her return, already has a title shot against Beth Phoenix. However, the feeling is that Mickie’s fourth title reign and her push in recent months has simply been because there was no other top face to give that push to and had Candice been around, Mickie most likely would not be a four time Women’s Champion.

It is sad that Mickie works so hard but was only awarded her fourth title out of necessity, not by of choice because WWE Creative wanted her to have a big storyline or run as Women’s Champion. This past year, Mickie has been the glue that has held the Raw women’s division together amid injuries, the Draft and releases. Mickie has worked consistently on 90% of the Raw shows produced since Candice’s injury without being rewarded any real storylines and when they began to develop storylines (with Beth and Katie Lea), the booking was shoddy. After holding together the division, Mickie has to relinquish that top spot now and that is a little disheartening.

But to play devil’s advocate, Mickie James the character has become stale and boring. Perhaps taking her out of the picture will allow WWE to refresh the character and inject some creative juice into Mickie. One of the scenarios that I see to be likely is that Mickie will turn heel by the end of the year or in the new year and challenge Candice for the Women’s Championship at WrestleMania. Beth vs Candice can’t go on forever and I definitely see Candice winning the title by the end of the year, so it’d make logical sense to have Mickie turn heel and be Candice’s next challenger, setting up a programme for WrestleMania. With Melina due back by the end of the year, I think they can afford to have Mickie turn heel so long as Melina returns as a face.