WWE TLC Pre-Show: AJ Out, Cameron and Naomi In 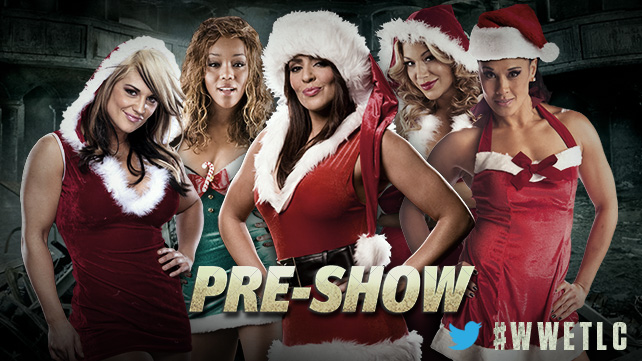 Quieter than Father Christmas placing presents in homes on Christmas Day, WWE have changed the line-up to the TLC: Tables, Ladders and Chairs pre-show match featuring the Divas.

Former RAW General Manager AJ Lee has been removed from the ‘Santa’s Helper’ Number One Contender’s Battle Royal whilst The Funkadactyls Cameron and Naomi (FINALLY!) have been added to the match.

The aforementioned funky duo will do battle with Aksana, Alicia Fox, Kaitlyn, Layla, Natalya, Rosa Mendes and Tamina Snuka in the hope that they will be next to challenge WWE Divas Champion, Eve Torres.

Thoughts: It seems like WWE wasn’t quite ready to have AJ in the title picture and they didn’t want her to lose momentum by losing so they have removed her, which is a bit of a shame. However, it’s amazing to know that Naomi, one of WWE’s brightest ever developmental prospects, will finally make her in-ring debut. If she wins, funk will most certainly be on a roll!