Ladies and gentlemen, it’s Toy Fair season again! Thanks to the hard-working and ever vigilant crew at Ringside Collectibles, the internet got a detailed look at Mattel’s new offerings in the WWE action figure collection. Specifically, we’ll take a quick run through the representation the women’s division on display and see what the fans of women’s wrestling can look forward to in 2018. 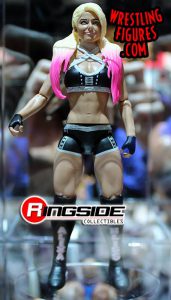 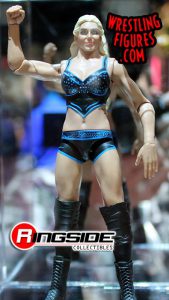 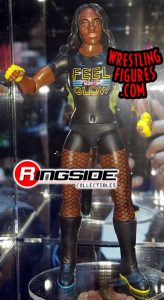 First, we get a glimpse at some entries in the new line of their basic series.  As seen above, Alexa Bliss, Charlotte Flair, and Naomi will be featured entries this year.  Personally, I’m looking forward to adding this version of Charlotte to my collection as she’s shown to be wearing my favorite iteration of her ring gear, coupled with a better likeness in the face and hair sculpt. 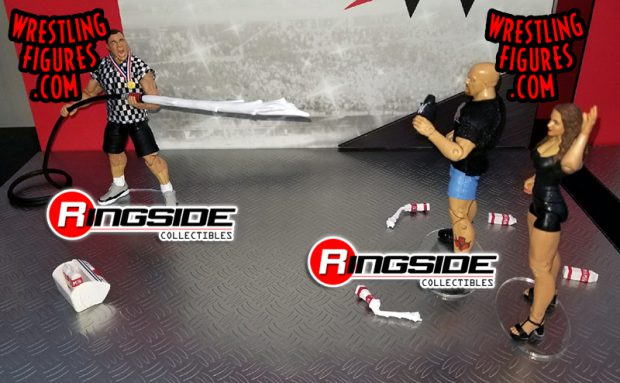 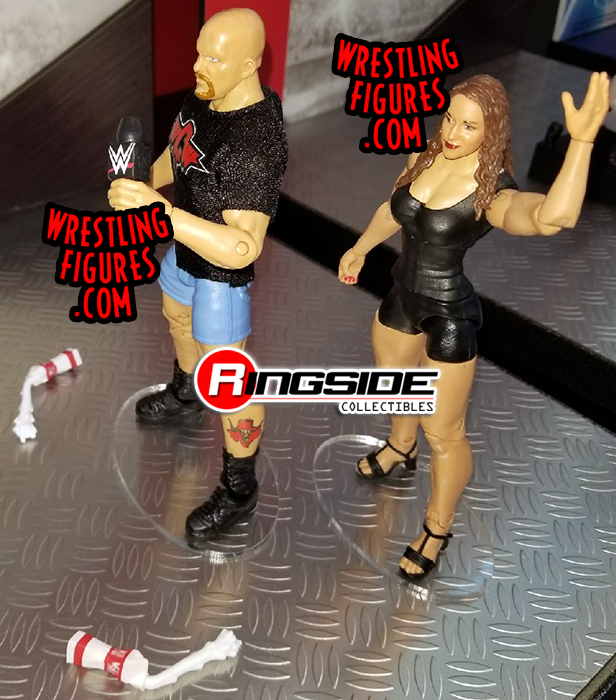 Next up is a multi-figure series entry with Kurt Angle wielding a milk truck hose against the villainous duo of Steve Austin and Stephanie McMahon.  This offering aims to recreate the famous Attitude Era moment this set represents.  I mention it here specifically because of the unique Stephanie figure that accompanies it. 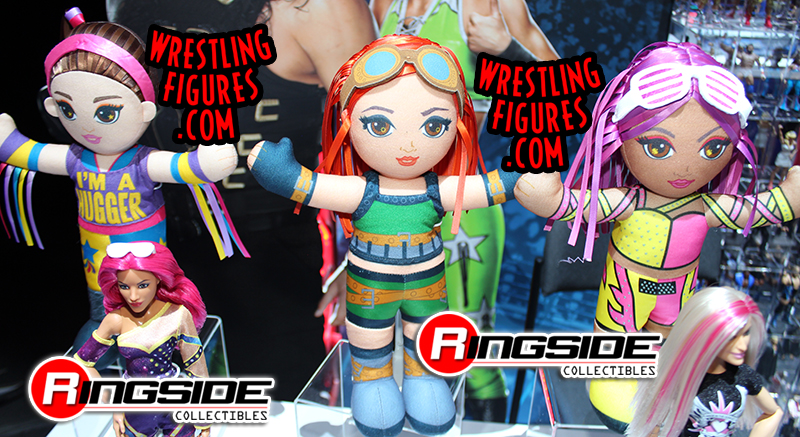 And for those of you looking for a huggably soft representation of Bayley, Becky, or Sasha, this brand new series of plush female performers should absolutely do the trick! The three Superstars pictured above are the only ones they seem to be launching the new series with, but in my book, it’s a great start!  Especially because I have every intention of getting me that Bayley! 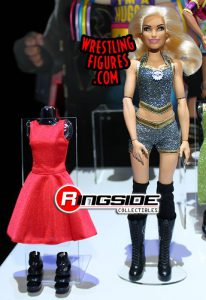 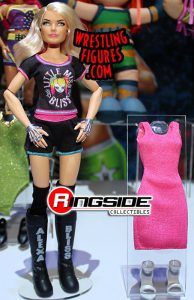 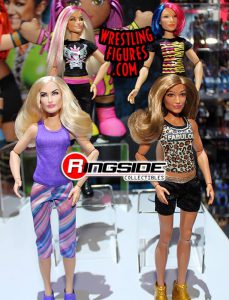 Finally, this new installment to the WWE Superstars dress up doll line is equally as disappointing as the first wave released last year was.  The idea that a WWE figure series is targeted specifically to young girls, offering a play experience that allows clothing to represent either in-ring action or typical street wear is a remarkably great concept!  Personally, I think the idea is fantastic!  Execution, however, leaves much to be desired.

Each Superstar represented looks practically nothing like their real-life inspiration, leading to a number of questions.  Specifically, I’m sad to see that Mattel has Barbie-fied the unique physical features of each athlete into a typical “magazine cover” aesthetics.  Where is Charlotte’s recognizable “Flair nose?”  Why doesn’t Asuka look Japanese?  In the previous line, Bayley’s famous chin is missing alongside Sasha’s beautifully wide smile.

The WWE’s roster of women are both immensely beautiful and incredibly talented.  Shaving away their recognizable and prominent physical attributes seems to be sending a disappointing message to young ladies everyhwere; “Even if you’re a star, you’re not marketable without the right body/face type.”  Simply heartbreaking.

There are a great number of new male superstar figures too that you can check out via the WWE website here.  As a collector, I’m personally excited by a number of these new items and can’t wait to introduce many of them to my already-too-big home office displays.

Will you be picking up any of these new line of toys?