A Londoner’s Eye: Models vs Wrestlers – When Did the Battle Lines Get Drawn? And Why Do We Have to Choose? 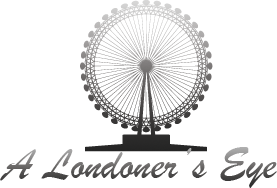 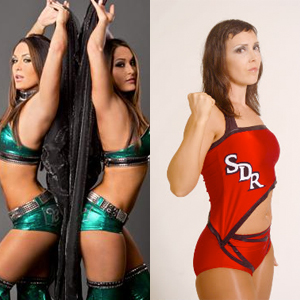 The “wrestler vs model” debate has plagued women’s wrestling fans for as long as I can remember. Being the editor of Diva Dirt for the past four years, I’ve seen a wide spectrum of opinions from wrestlers, writers and most importantly, fans. For it’s the fans who use their ability to have a say on the Internet and are always the most vocal.

In 2011, WWE themselves finally acknowledged this debate that has been argued heatedly amongst Internet fans for years in the current Beth Phoenix and Natalya storyline, and somewhere along the way, it feels like the “heated debate” has turned into something more serious. Perhaps WWE drawing more attention to the debate has made it that much more topical, and made fans that much more fervent in their opinions on the situation — and thus, that much more aggressive towards people with opposing views.

It feels like fans have drawn the battle lines and you’re either one side or the other.

As the saying goes, opinions are like you-know-whats – everyone’s got one. It’s okay to have them. It’s okay to disagree. However, I can’t help but feel some take it a step too far. I don’t support the need to make blanket statements such as “all models need to be fired”. Doesn’t that sound familiar? Living in London, I’ve heard similar blanket statements such as, “All ****** need to go home”. Those statements would be considered intolerant, sexist, racist, homophobic etc. Of course, I don’t mean to suggest that this little debate we have online is anywhere near as important as very real issues such as racism and homophobia, but the sentiment is similar. Aren’t these comments just as sweeping and bigoted as telling people of an ethnic minority to “go home?”

I can’t help but wonder if the fact that we’re talking about women in a male-dominated sport perpetuates the need people feel to call these women derogatory names such as “rats” and “hoes”. In a business where the males are respected and for a large majority, the women are seen as inferior, does this make it more acceptable to try and denigrate these women as prostitutes because they come from a background in modelling or dancing? It’s offensive that all it boils down to in the end is calling women “sluts” and “hoes”.

I don’t blame anyone for the way they get into the business. If I was a model and a global company dangled a big money TV job in my face, passion or no passion, I would jump at the opportunity. And frankly, I’m guessing so would millions of other people.

I’m not saying that these girls can’t or shouldn’t be criticized. But shouldn’t we base our criticisms on something that is grounded? For example, “I saw XYZ in a match and she was really bad, look at that move she messed up.” Shouldn’t we be criticizing what we see instead of what we think we know? Even then, you may look at a certain former model and see an awful wrestler, while another may see that person and enjoy their work. In that instance, do we need to deride that fan as a “moron” or “idiot” because of who they like?

And let’s not forget, there are alternatives out there. If you don’t like what — or who — you’re seeing in WWE, pick up a WSU DVD, or a SHIMMER DVD, or watch Impact Wrestling on Thursdays. You’re not being chained to the TV and forced to watch. As someone put it to me on Twitter, however, some are creatures of habit and do tune in to Raw because it’s “all they know”. That makes sense, but there are other products out there. Creatures can change their habits, no?

That brings me to the main point I’m trying to make: why do we have to choose? What is this “with us or against us” mentality? “If you’re a fan of Kelly Kelly, you couldn’t possibly be like Sara Del Rey. You have to choose.” Well, no, you don’t. Who says we have to? Who’s forcing us to pick a side? Someone typing furiously into their keyboard?

Personally, I watch WWE and have nothing against the “models”. In fact, some of my favorite Divas came into WWE as former models or dancers – Layla and Alicia Fox, for example. Eve Torres, a former dancer, has impressed me this year. Kelly Kelly has certainly been impressive this year. I find the Bella Twins incredibly entertaining as heels. So does that mean I’m not a “real wrestling fan?” And am I not allowed to like what people consider “real wrestling?” Someone show me the rulebook. Sure, the Divas product isn’t very wrestling heavy, but I’ll support it because of the girls involved. But beyond WWE, I watch TNA which does a better job at presenting matches on TV, as well as WSU and SHIMMER. That’s a pretty broad spectrum. I like the Bellas, but hey, I like Sara Del Rey and Cheerleader Melissa too.

Why do I have to choose a side? And what happens if I don’t?