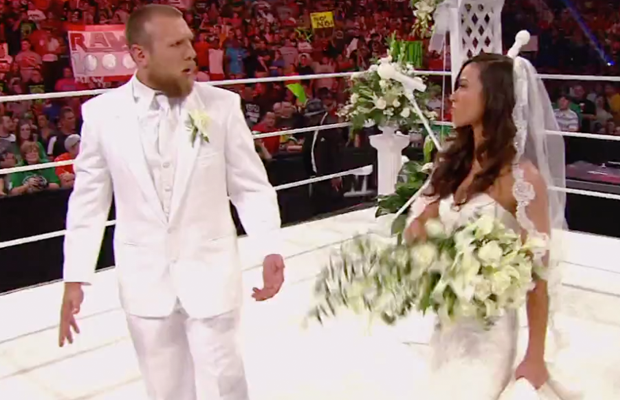 Tomorrow’s edition of WWE Countdown will rank wrestling’s biggest backstabbers, and a preview video indicates that AJ Lee and Trish Stratus will make appearances on the show.

AJ, known for committing a number of betrayals, is shown leaving Daniel Bryan at the altar during Raw 1000.

Trish is seen turning on Chris Jericho at WrestleMania 20, slapping him and aligning with Christian.

There’s no guarantee that the Divas will rank on the top ten list, but it’s likely they’ll be “honored” on the show in some form.

Watch the preview for tomorrow’s WWE Countdown below:

WWE Countdown airs on Tuesdays at 10pm ET on the WWE Network.

Where should AJ and Trish rank?