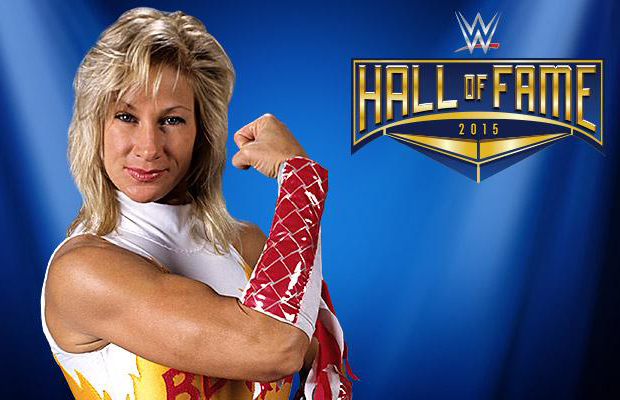 As reported last night, the WWE has announced that Alundra Blayze will be part of the WWE Hall of Fame’s Class of 2015.

The former three-time Women’s Champion posted a brief comment about her on induction on her Facebook page:

Several Divas also took to Twitter to congratulate Alundra on the announcement of her induction, among them Bayley, Becky Lynch, and Paige:

It's a good night for all the divas and us women! Congrats #AlundraBlayze @Madusa_rocks. #RAW

Congratulations @Madusa_rocks for being inducted into the @WWE Hall of Fame…Bold, Bright, Beautiful…and tough as nails! #PIONEER

Congrats to @Madusa_rocks for being inducted into the hall of fame this year. Well deserved! One of the best female wrestlers WWE have had??

Alundra Blayze will be officially inducted into the WWE Hall of Fame on March 28th, the night before WrestleMania.