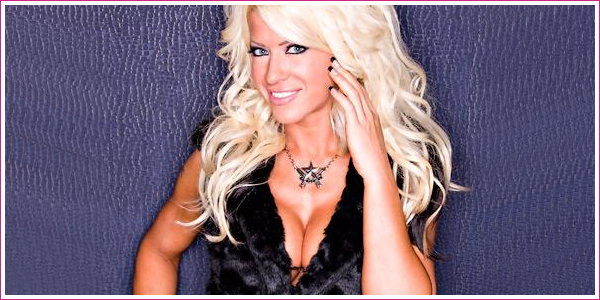 A representative for recently released TNA Knockout, Angelina Love‘s agent, Michael Klyzub has issued the first statement since her shocking departure from the company last week. The rep attempts to clear up exaggerated rumours that have been circulating in the 72 hours since news broke — which we have made a point not to cover.

As per usual, stories found on the internet have been grossly over stated and misinformed. Effective Thursday September 3, Angel Williams performing as Angelina Love in TNA had parted ways with the company. This separation was based purely on a miscommunication of Angel Williams present Visa Status. This in no way has anything to do with Contract Disputes or trouble with the office as has been reported. I want to stress the fact that once this Visa issue is cleaned up Angel is welcomed back to TNA Wrestling with open arms.

At this time I cannot and will not address any of the other rumors that are circulating with regards to the type of Visa issues, concerns of gaining employment with the competition nor will I address any other rumors. I will say that most of what is on the internet is inaccurate and that the fans should rest assured that Angel Williams the performer will be returning to the ring in no time at all.

We greatly appreciate all the fan support and look forward to having this issue resolved shortly.

In the time since Love’s release was announced, overblown rumours have been circulating including speculation over her status as an illegal alien. Hopefully this does some damage control for those who choose to read such ‘newz’. We’ll discuss this and Love’s release more on this week’s Roundtable which will be available soon.