Another New Diva in FCW 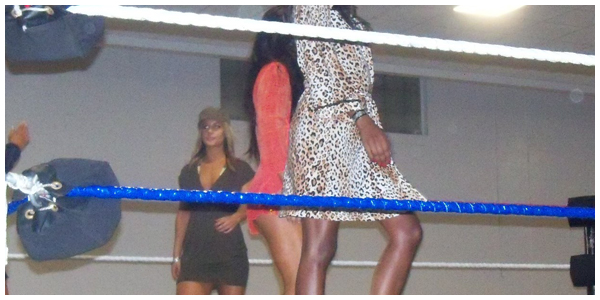 As well as Christina Crawford (sister of Divas Champion Alicia Fox), it looks as though WWE has signed another new Diva to a developmental contract.

The mystery blonde appeared during last night’s bikini contest at the FCW live event in Orlando, wearing an ODB-esque green outfit and cap. (See above). We hope to have some information on her identity soon.

Also visible in the picture sent to us by Diva Dirt reader Jasmine, is the first FCW shot of Christina Crawford, wearing a leopard print robe.