Apparently, Glasses Are the Great Equalizer 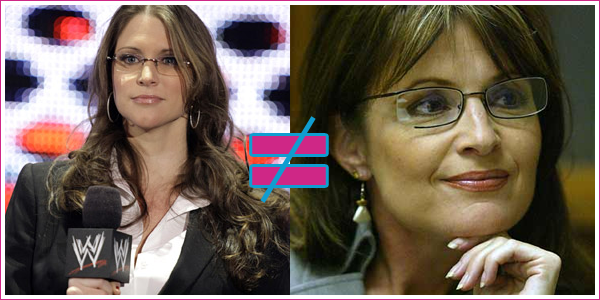 I know people still have Presidential election fever (I mean, it ended only 2 weeks ago), but what’s with this comparison? Apparently folks think that because Stephanie McMahon has begun to wear glasses on television (while not wearing them offscreen), she’s going for a Sarah Palin look. Perhaps she’s going the Tina Fey route? Either way, I’m not buying it. It’s not even a close comparison. I guess from now on, no women can wear glasses without being Sarah Palin impersonators..

What do you think – do you buy into this rumor? Does Stephanie look suspiciously like the Governor of Alaska? Do the election-y thing and cast your vote below.