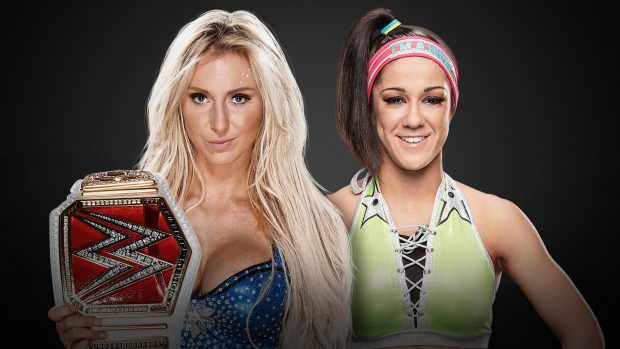 Earlier in the night, Bayley had confronted Stephanie McMahon for allowing Dana Brooke to serve as a special guest referee in her match against Charlotte last week. Stephanie, who admitted she wasn’t to fond of having Bayley join the Raw roster, would then book a number one contender’s match between Bayley and Nia Jax for the Raw Women’s Title.

During the number one center match, Nia used her strength to dominate Bayley, wearing Bayley down with a shoulder breaker and a cobra clutch submission. Bayley toughen through the hold and even managed to dodge a plow attack from a charging causing Nia to hit a ring post but Nia shrugged it off and took Bayley down again with a leg drop.

.@MsCharlotteWWE isn't the only one to have "friends in high places," as @itsBayleyWWE has some BOSS backup on #RAW! @SashaBanksWWE pic.twitter.com/MupbW6FMgP

Before Nia could go for a second leg drop, this time it being from the top-rope, Sasha Banks’ music hit, prompting a stare down between Nia and The Boss. The small distraction was enough to allow Bayley hit a top-rope Bayley-to-Belly that would put Nia down for the three count.