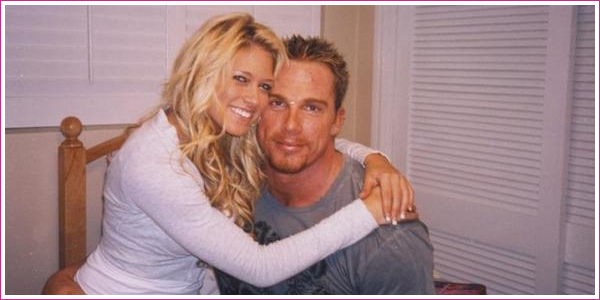 Kelly Kelly‘s ex-boyfriend, Andrew “Test” Martin, age 33, was found dead Friday evening in his apartment in Tampa, Florida. Local authorities are declining to release any more details at this time. His 34th birthday was in four days.

Test played the love interest of Stephanie McMahon prior to the McMahon-Helmsely era in 1999-2000. After this period, he formed a tag team with Albert, known as T&A, which would lead to the debut of Trish Stratus as their manager in March 2000 on an episode of Heat. In 2002, Test was romantically involved with Stacy Keibler both on and off-screen. After being released in 2004, he spent the next 2 years working in the independent circuit as well as a brief stint in TNA. Test was brought back to the WWE in 2006 as a member of the ECW roster before he was suspended for violating the Wellness Policy and later asked for his release in February 2007. During this time, he met and dated Kelly Kelly. Since Kelly is from Jacksonville, Florida and was frequently in FCW training, the two lived together in Test’s apartment.

Despite their recent breakup, the two remained on great terms with each other, and still considered each other to be a close friend. Test often took to his blog on Myspace to talk about Kelly Kelly’s improvements in the ring, at one point even saying that she was “a little green” but was working hard and would be a top Diva.

We here at Diva Dirt would like to send our deepest condolences to Test’s family as well as Kelly Kelly for their loss.