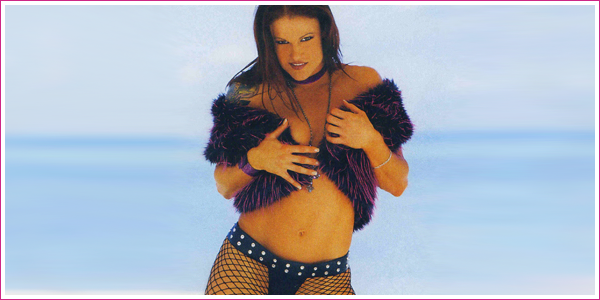 In what must be a huge blow for the WWE, it can now be confirmed that former Women’s Champion Lita will not be appearing in the Miss WrestleMania 25 Diva battle royal at WrestleMania 25.

Lita – real name Amy Dumas – has replied to those who’ve asked her over MySpace confirming that she won’t be part of the big event but will be part of Booker T’s Legends of Wrestling FanFest on April 3rd. That event is also in Houston.

I’m sure WWE was banking on signing Lita along with the likes of Trish Stratus, Torrie Wilson and several of the other Divas who were part of that era but this doesn’t come as much of a shock to me personally. Since the announcement of the match, I have been fairly sceptical of Dumas’ involvement, not least of all because of her prior commitment to Booker T.

WWE has tried to slander Booker T’s FanFest by booking talent that were scheduled to appear at that event in roles for WrestleMania weekend. One such Diva is Torrie Wilson, who quit her prior commitment with Booker to appear in the Miss WrestleMania match. However, Dumas has always taken her commitments with top priority and it seemed highly unlikely she would cancel a prior engagement to appear for WWE and unfortunately, it doesn’t look as though WWE would be willing to let any talent appear on both shows.

This blow comes just hours after we confirmed that Molly Holly won’t be appearing either. I guess it’s time to break out the ‘D-List Divas’ list. Diva Search reject, Carmella DeCesare anyone?