Bret Hart Says He’s a Mark for Melina, Calls Her an Innovator 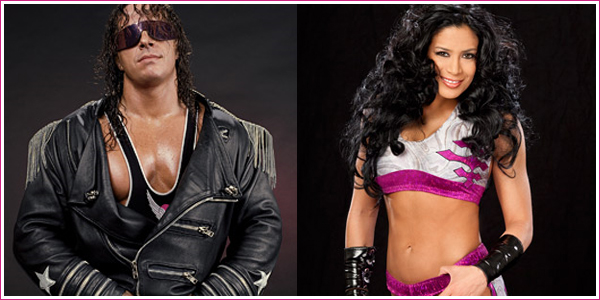 WWE Hall of Famer and rumoured returnee, Bret Hart has once again praised Divas Champion, Melina — this time declaring that he’s something of a mark for the A-List Diva. Speaking to Wrestling Observer Radio, he says:

“I’m kind of a mark for Melina. I think she’s really creative and I find that she’s got a great imagination and she comes up with a lot of intricate moves that don’t look too hokey, they always seem really complicated but she seems to pull them off.”

But the affection doesn’t stop there, Hart lavishes Melina in more praise, calling her an innovator:

“It’s hard to come up with anything new in wrestling, everything’s been done so many times before. You know, there’s innovators that just come out and create new stuff and Rey Mysterio is one of those and Melina’s one of those. I think they’re breaking new ground in wrestling all the time.”

Wow! That’s a whole lotta sugar, right? If rumours are true that Hart will be returning to WWE in the New Year, I’m sure Melina will have a big hug for the legend [and maybe a couple of $10 notes].

Bret, however, doesn’t exclude niece Natalya from the love-in. He says of her role in the Hart Dynasty: “I think Nattie’s got a lot of charisma and a lot of personality and she’s an important part of the whole thing.”