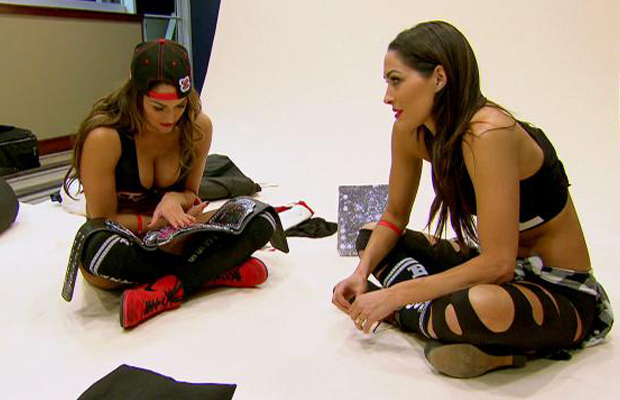 At the end of last night’s Total Divas season three finale, Brie and Nikki Bella told WWE Officials they were not planning on renewing their contracts. In the episode, both women are beginning to think about their future – Brie wants to start a family while Nikki wants to explore options outside of wrestling.

This episode, filmed around Survivor Series last year, ended without a clear answer of what was decided. Fans have been speculating whether or not the Bella Twins are actually planning a WWE exit, and the Bellas fanned the flames by updating their Twitter bio to remove any mention of WWE and tweeting a cryptic message:

You never know what the future holds, especially when you make life changing decisions. Nothing is forever. One day at a time. #TotalDivas

Both are confirmed to return on Total Divas for its fourth season, but these developments seem to tease that the show would follow them post-WWE.

Do you think the Bellas are actually considering leaving the WWE?