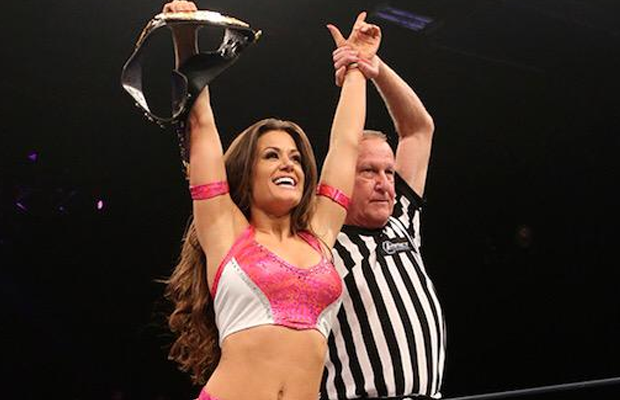 After coming up short in a Triple Threat match two weeks ago, Brooke managed to dethrone Taryn Terrell one-on-one, overcoming her heelish tactics and interference from Jade and Marti Bell.

The tides would turn when Gail Kim made a sudden appearance, emerging from the darkness to take out Marti and Jade. This set the stage for Brooke to hit the Butterface Maker on Taryn and claim the championship.

This puts Taryn’s record-breaking reign to an end, just shy of 240 days.

Are you happy to see Brooke as Knockouts Champion?