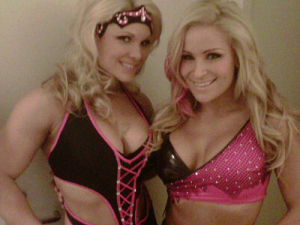 Outgoing WWE star, CM Punk, who will leave the company following this Sunday’s Money in the Bank pay per view, talked about his departure and frustration with WWE in a new interview with GQ.com, the online counterpart of the popular men’s magazine.

When asked how WWE could be better, Punk said: “I don’t think we should be looking externally for talent; there’s plenty of guys and girls in house that are super-talented that we don’t do enough with.”

A guy like Evan Bourne, who’s a fantastic high-flyer, does the most fantastic stuff on the roster. I could go on: Kofi Kingston, Dolph Ziggler, Beth Phoenix. There’s Nattie Neidhart, Tyson Kidd. Tyson Kidd is a fantastic wrestler, maybe not the greatest promo. So let’s help him. Let’s teach him to get better instead of signing someone from Europe who failed at Euro football. I could talk about this forever.