Details on the Independent Talent Used for ‘Knockout Eve’ 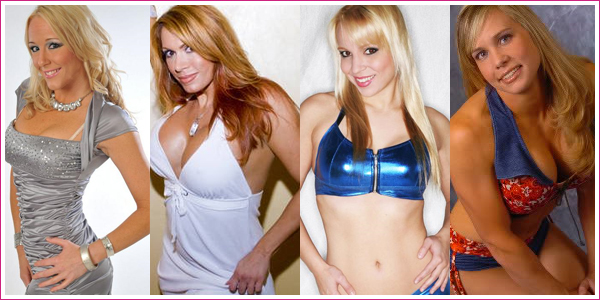 Hunter & Lee were the opponents for the Knockouts Tag Team Champions, Sarita and Taylor Wilde while O’Neal and Valentine had a singles match.

The understanding is that last night’s taping was something of a tryout for the girls, much like the initial Knockouts Championship battle royal in October 2007. TNA may offer contracts to one or two girls at their discretion. A source tells us that Lee was considered the standout of the bunch and had the ‘right look’ for television.

Meanwhile, it appears that TNA has approached a specific type of girl in their hiring process for the show. As we noted in September, the company going forward seems to be set on hiring more ‘beautiful girls’, Diva-like girls you could say. Since then the company has hired Lacey Von Erich and Kristal Lashley, though in the case of the latter, her husband of course had a role in her hiring. The exception here is Roxxi, who was rehired and has a previous history with TNA.

The girls brought in last night are of a certain look and physique that one could identify with the WWE Divas, most of them are notably blonde. We can confirm that at least two other names that TNA contacted also fit this look. It seems TNA is putting more of an emphasis on look than ability. Keep in mind, this is a division that has celebrated different looks, shapes, sizes and colours. The top three Knockouts right now, Kong, ODB and Tara are all unique looking.

Our source ponders how Hulk Hogan’s input in the company will affect the division and hiring process of girls going forward. “This is a man who hired models for bikini contests on his Australian tour,” they say.