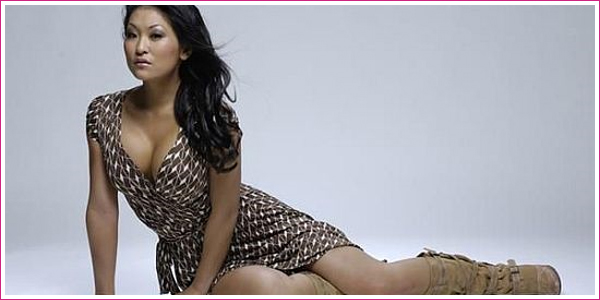 Rising FCW talent, Angela Fong has joined the Raw brand on the road this weekend which may or may not be a sign of the much-buzzed about Diva being readied for a jump to the main roster.

Since joining FCW in February 2008, Angela has been praised for being one of the best female talents to be trained in developmental in a long time. She most recently won the ‘Queen of FCW’ tournament on the promotion’s television series.

WWE often brings developmental talents who they feel have the most potential to travel with the main roster on the house show circuit, giving them a feel for life on the road as well as exposing them to WWE audiences. Sometimes this leads to a main roster call up and sometimes it doesn’t. It’s definitely a step in the right direction for Angela, as being invited onto the road is a sign of confidence. I can’t say I’m really looking for another new Diva on the main roster but Angela is as good as [if not better] than some of the Divas on the main roster.