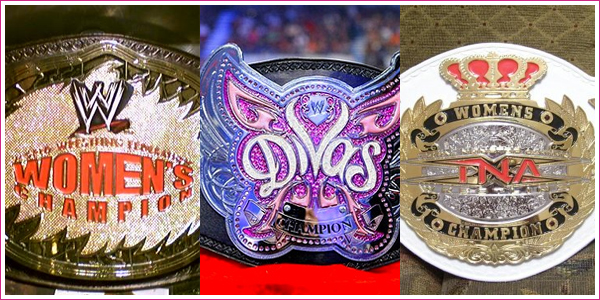 It has come to our attention that tonight at The Bash, Michelle McCool has the opportunity to make history as the first woman to hold both the WWE Women’s Championship and WWE Divas Championship. In the wrestling industry, we understand that there is almost a ‘double standard’ for women’s wrestling and the accomplishments of the women in the industry will always be secondary to the men.

It is likely that WWE, TNA and the wrestling press will overlook such accomplishments, however as your self-proclaimed “women’s wrestling bible” we aim to honour and recognize the accomplishments of the women that work for WWE and TNA with our own system, to be launched today.

We aim to recognise those women who have already won or in future win both the WWE Divas Championship and WWE Women’s Championship, as a Female Grand Slam Champion.

Furthermore, we aim to recognise those women who have won both of the female championships in WWE and also have held the TNA Knockouts Championship, as a Female Triple Crown Champion.

Our system, just like our website, aims to honour women’s wrestling at it’s finest. We would like to encourage other websites, organisations and publications to adhere to our system too so those that accomplish such feats can hopefully be universally recognised.