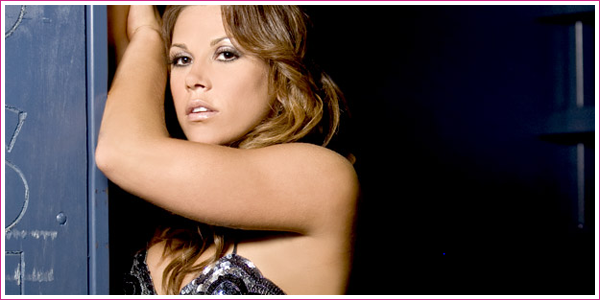 There were many, many shocks delivered last night on Monday Night Raw and the WWE.com Diva Trade that succeeded it, but perhaps the biggest shocker is WWE’s top Diva Mickie James being shipped to SmackDown. Losing her Divas Championship so inauspiciously to Jillian and then being announced as moving to SmackDown; it seems like there is a much bigger story here. Has WWE lost it’s enamour with their golden girl?

Since Trish Stratus rode off into the sunset in 2006, Mickie James has undeniably been the top Diva in the entire company. Even though she had also, undeniably, lost much of her spark in the past few years, she was still the top Diva and the one that they relied upon the most. Four Women’s Championship reigns followed by a Divas Championship reign, making her only the second Diva Grand Slam Champion, means she is the most decorated Diva in the WWE right now.

Mickie’s career, much like Trish’s, has run for so long side-by-side with WWE’s A-show, Monday Night Raw. It was unfathomable to think that Trish Stratus could ever be traded to SmackDown and despite my call for her to be moved during the WWE Draft in April, at the time it looked as though Mickie would repeat Trish’s royalty claim as a Raw mainstay. Instead, they moved Melina, a Diva who had just returned to Raw five months prior and I felt, still had a lot to offer Raw. As I wrote back in April, it was time for a change of scenery for Mickie, she needed something to refresh her character completely and perhaps SmackDown could do the trick. The fact they so boldly kept her on Raw and moved Melina instead [granted they opted champion for champion trades] was very telling to me. I had then, consigned myself to the fact that like Trish, Mickie would be a Raw Diva for life.

So fast forward six months: Melina’s back on Raw and Mickie has unthinkably, been moved to SmackDown. Her title reign was cut short by WWE’s baneful, non-sensical management who decided to hold a Diva Trade for whatever reason. I just can’t help but feel that for Mickie, this move is something of a demotion or perhaps even a punishment.

It’s no secret, as our readers have been debating from months now, that Mickie has lost some of her luster in the ring and hasn’t turned in as many good efforts as we would expect of a top Diva. Her character has become equally stagnant, the girl next door charm she once had has worn off and now, I hate to say, her character is even a little unlikable. Despite the jumping on the  ramp and big smile during her entrance, these days it all comes across as a bit of a facade — I can’t help but recall back to her facial expression after that match with Gail Kim. With the exception of a few matches here and there, it seems the passion in Mickie’s wrestling is no longer there & it’s all beginning to seem a little paint-by-numbers. The fans have caught — so perhaps WWE has finally caught on?

It’s almost an unspoken rule to have your top Superstar and your top Diva on Raw. Triple H, John Cena, Trish Stratus, Mickie James. This is why this trade in particular shocks me and makes me wonder what the backstage story could be. This leads me to my next point…

The exchange of Mickie for Melina. Is this a changing of the guard? In my humble opinion, since returning from injury nearly a year ago, Melina has been the antithesis of Mickie James. In every match she competes in, she seems to give every fiber of her being and acts as though every match could be her last; balls to the wall. I have thought it, and maybe said it a few times, I feel Melina should be considered the top babyface amongst the entire Divas roster and thus, take over the top Diva role. Moving her to Raw — is this maybe WWE’s way of giving her that nod? You want your top Diva to be someone that gives their all, sets an example for all of the women on the roster and Mickie unfortunately, hasn’t exactly lead by example over the past couple of years. Like Trish, Melina has shown a thirst to improve in every aspect; in-ring, in her character development, in her wardrobe and many other areas. The little attention to detail that makes a great Diva, a great Diva is there in Melina.

Is Melina now the top Diva in WWE? If so, I believe it’s been a long time coming. It was an unthinkable moment when Mickie was traded to SmackDown, but in the bigger picture — has she also been overthrown as WWE’s top Diva?