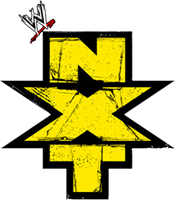 WWE is set to give ECW it’s final swansong tonight before introducing a new show, NXT next week. The show, which will feature upcoming talents from the developmental system, is said to be shaping up nicely.

The Figure Four Weekly newsletter writes that Vince McMahon wants Divas to be heavily involved in the show. Take from that what you will.

If the series is anything like Tough Enough, as I get the feeling it may be, I think that could be an indication of what we can expect. I’d definitely like to see some upcoming Divas on the show competing for spots on the main roster. You could perhaps even keep girls like Savannah and Tiffany on the show to be part of that mini-division with hopefully some of the more tenured FCW girls coming up i.e. AJ Lee and Courtney Taylor.

The show premieres next Tuesday night at 10pm ET on Syfy.