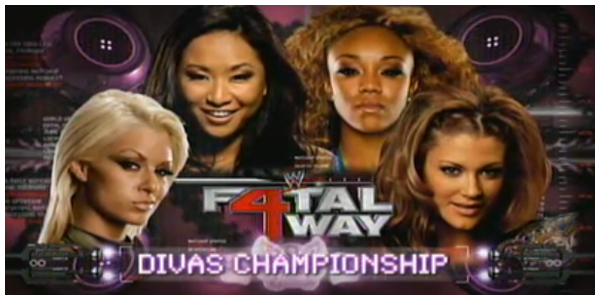 Divas Champion, Eve Torres will defend the title in a four-way match this Sunday at the new Fatal 4-Way pay per view, it has been announced.

Torres will face off against Alicia Fox, Gail Kim and Maryse at the event.

With only four matches announced so far, cross your fingers for a Layla/Michelle/Kelly/Tiffany match to be announced at the SmackDown taping tomorrow night!