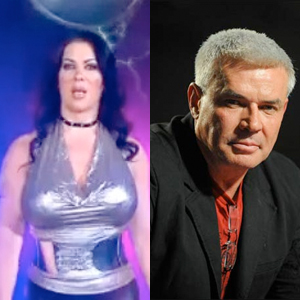 Press Release for “Backdoor to Chyna” Includes Statement from Star

I didn’t know she made the comment that TNA ‘missed the boat,’ but I was not excited with the fact that the company decided to bring her in for the (Sacrifice) Pay-Per-View. The initial thought was a turnoff for me, but I kept my mouth shut. When I saw her at the Pay-Per-View and saw that ‘deer in the headlights’ look in her eyes when it actually came time to do something, it kind of confirmed what my instincts told me. Then I read about the fact that she wants to build her career around doing anal sex videos for Vivid. I was really, really, really, really glad that I don’t have to try & explain to anybody why I work in the same company as her.

Previously, Chyna had claimed that TNA refused to bring her back when they found out about the movie. Later in an interview with the Baltimore Sun she said that a contract was never on the line.