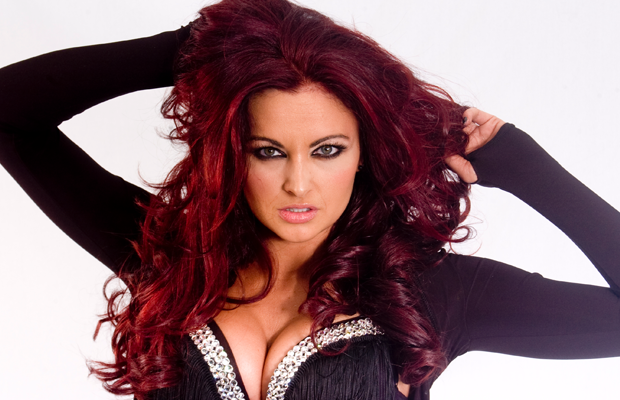 When Maria Kanellis was released by WWE two years ago this week, many fans expected that like other Divas who came into the business through the WWE Diva Search, she’d disappear from wrestling all together. However, since her release, Kanellis has floated around the business doing everything ranging from conventions, to shoot interviews, to hosting a post-Monday Night Raw show for AfterBuzz TV. Last year, Maria dived back into wrestling both feet first, joining the Ring of Honor roster as a valet for real-life boyfriend Mike Bennett, and now she is set to complete her permanent return to the business by returning to the ring this weekend.

Speaking exclusively to Diva Dirt, Maria talks about why she’s returning to the ring, how her training for her comeback has gone so far, and what her future may hold in the business. 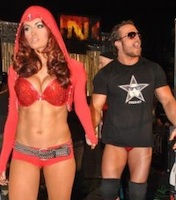 We also talk to the Diva-turned-First Lady of ROH about joining the promotion, the differences between working in Ring of Honor and WWE, the reactions from the notoriously tough ROH crowds, the backlash to her “First Lady” moniker, and the other women on the roster (including Mia Yim).

Though she’s no longer part of WWE, fans may be surprised to know that she still genuinely cares about the WWE Divas division and has opinions on the current product. Maria talks about the recent storylines with Natalya and Eve Torres, as well as revealing what happened when she spoke to Vince McMahon and John Laurinaitis when she recently visited backstage at a Raw taping.

Plus, Maria weighs in on her passion for the business being questioned (as stated earlier, many expected her to leave wrestling after WWE), juggling womanhood and a family while being in the wrestling business, and her role as a mentor to women like Jessicka Havok and others.

Listen to the exclusive interview by clicking on the play button below or right-click here and select ‘Save Target As’.

Watch Ring of Honor on Saturdays on your local television station. Listings can be found here. Alternatively, you can watch episodes of ROH online here.