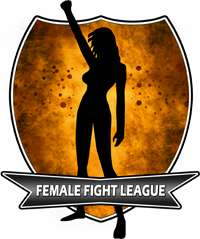 Before a crowd of over 400 guests from the world of professional wrestling, last night saw the announcement of the Female Fight League at the Cauliflower Alley Club reunion in Las Vegas.

The Female Fight League, spearheaded by ChickFight founder and our business partner Jason Deadrich, aims to unite promotions worldwide to work together to bring respect back to women’s wrestling. Also on hand for the announcement were Melissa Anderson, better known as Alissa Flash or Cheerleader Melissa and Stephane Bruyere, co-founder of Canada’s NCW Femme Fatales.

Anderson spoke of how important female wrestling is to her, telling the audience that the FFL would change the way fans think about women’s wrestling.

Those in attendance for the announcement included Harley Race, WWE Hall of Famer Ted DiBiase, Awesome Kong and Dawn Marie.

Already signed on to be part of the FFL are ChickFight based in San Francisco, Europe’s Pro-Wrestling: EVE and Canada’s NCW Femme Fatales.

For more information on the FFL and to see the unique artwork feautring Melissa that caused a buzz at CAC, click here.