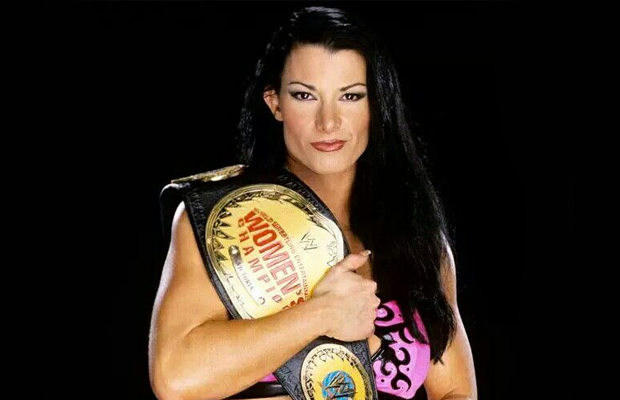 On Lucha Underground: “I’ve been at a few Lucha Underground shows recently which have been so much fun. Obviously, I’m really good friends with Chavo [Guerrero] who is a producer down there so it’s great to be able to go and see friends there but then just take my seat and relax. Those guys and gals put on quite a show. When you’re backstage at WWE or TNA he matches are going on but you’re not really paying attention to them as you’re getting ready for your own match so to be able to just sit back and chill out and enjoy the wrestling itself is a great feeling.”

On the current WWE women’s division: “You know I’m very lucky I’ve wrestled some of the greatest and I’m still wrestling now so yeah who knows who I may hook up with next. If you look at the match that Becky Lynch, Charlotte and Sasha Banks had at WrestleMania I think people are taking the women more seriously now. A lot of people said it was their match of the night. Hopefully, the days of bra and panties matches are a thing of the past and we can concentrate on the wrestling.”

On her current dream opponent: “I love Charlotte, she would be so much fun to wrestle and I am a huge Sasha Banks fan. She’s got it, the reaction she gets from the crowd is amazing and she is going to go far in this business. I’d have to say though Paige is a given for me. I’d love to wrestle her. I’m friends with her mom but I think there are a lot of little subtle similarities between us and I’m sure we would have a great match.”

The full interview can be found here.

Would you like to see Lisa return to WWE and take on Paige? Is she right about Sasha Banks? Let us know your views in the comments below!