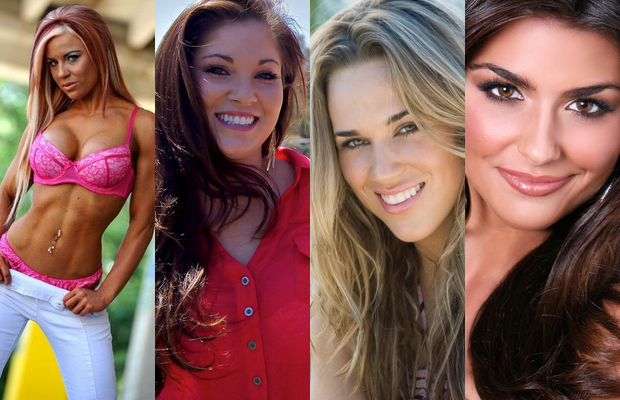 UPDATE: Ashley Sebera has denied contact with the WWE, saying her tweets were about her attending an NXT event as a spectator.

WWE has plenty of future Divas currently training in NXT, but as the classic idiom goes, “the more the merrier”, right?

Judging by numerous tweets, it can be assumed that WWE has brought on four new women for development tryouts: Ashley Sebera, Brittany Fetkin, CJ Perry and Erika Hammond.

Ashley Sebera (@IFBBPro_Ashley) is an IFBB professional bodybuilder, bikini and fitness model. Before she was a bodybuilder, Ashley was a gymnast and diver yet a broken nose, stress fractures in her back and broken ankles (the latter of which required emergency reconstructive surgery) caused her to change career paths – a path that seems to have changed yet again!

In response to a fan on Twitter, Ashley spoke of her excitement at joining WWE. She said:

Brittany Fetkin (@brittanyfetkin) whose Twitter bio says “Soon to be WWE DIVA! FLorida training here I come!!” stated on Twitter that she is to move to Florida to start training on June 29th. Brittany is from Los Angeles and has worked as a freelance reporter.

CJ Perry (@cjperrydances) is an actress, dancer and “official Red Bull spokesmodel” who had a minor role in the 2012 comedy movie Pitch Perfect. CJ took to Twitter to say that her and Erika Hammond were to commence training on July 8th.

The aforementioned Erika Hammond (@erikaannhammond), alongside CJ Perry, took part in WWE’s four weeks of diva training back in March. Two other familiar faces who took part were Jo-Jo Offerman and Eva Marie, who have ended up being cast in WWE’s upcoming E! reality series “Total Divas”.

Ashley, Brittany, CJ and Erika follow in the footsteps of three other women recently signed to the WWE. Last month, Diva Dirt announced the signings of two bodybuilding competitors, Christina Vargas and Lexi Kaufman. Also waiting to report to NXT is former SHIMMER star Rebecca Knox, who was signed by the WWE back in April.

What do you think of the four latest trainees and the NXT Diva landscape as a whole?