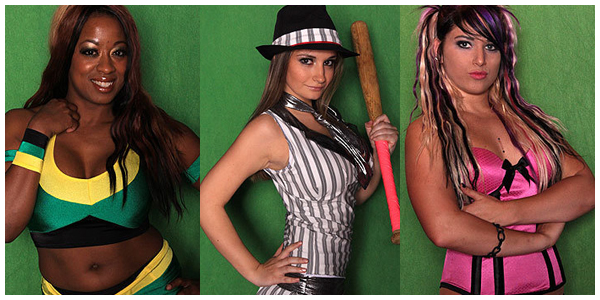 Here are the first pictures of some new Wrestlicious characters who will debut in the final four episodes of TakeDown, which begin airing later this month.

Among them is CoCo Montego portrayed by former TNA Knockout, Sojo Bolt aka Josie. The others are Tina the Trigger, portrayed by indy wrestler Sammi Lane, and Juvi Hall.