In Pictures: Traci Brooks’ Wedding Featuring Knockouts and a Diva 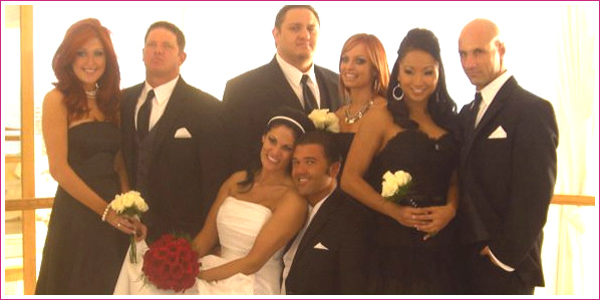 Can you name the odd one out in this picture?

Knockout Traci Brooks and wrestler Frankie Kazarian said their “I do’s” last week in the presence of several of their TNA family — but wait, who’s that? WWE Diva Gail Kim reunited with her former co-workers for the wedding and it looks as though she was part of Traci’s bridal party along with Christy Hemme and SoCal Val.

All four women look fabulous, particularly the bride who is glowing on her big day! It’s a little odd to see Gail back with the old TNA gang but I guess it just goes to show how close-knit that lockerroom is.