In Pictures: What Kim Nielsen Looks Like After ‘Biggest Loser’ 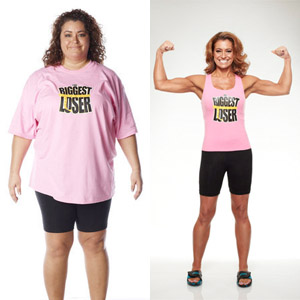 NBC has released photos from last night’s finale of The Biggest Loser in which former TNA Knockout, Kim “Desire” Nielsen finished runner up.

As reported last night, despite losing out on the $250,000 grand prize, Kim’s hard work did not go unnoticed throughout the season. In addition to bettering her own life, Nielsen also took home a 2013 Ford Escape and became the winner of the Presidential Active Lifestyle Award. The prize for the award is a gym built in her honor in her hometown.

In case you haven’t seen Kim’s jaw dropping transformation yet, check out the pictures below and see how her hard work paid off!