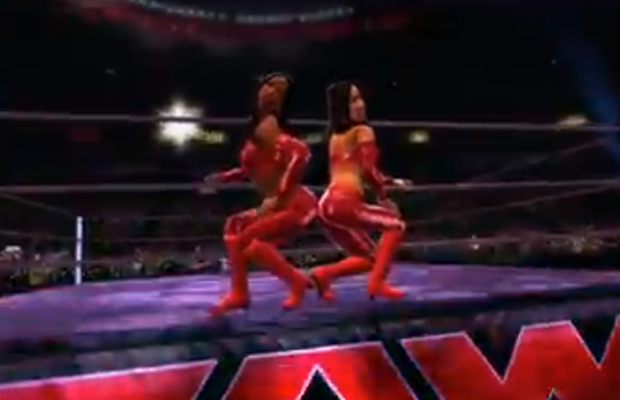 Cameron and Naomi may not be apart of the official WWE 2K14 roster, but that doesn’t mean they’ll be absent from the game altogether.

The Funkadactyls can be seen in a video released by 2K Sports, which shows Brodus Clay making his entrance with the Divas by his side.

Still no word on whether Cameron and Naomi will be included in a DLC pack for the game.