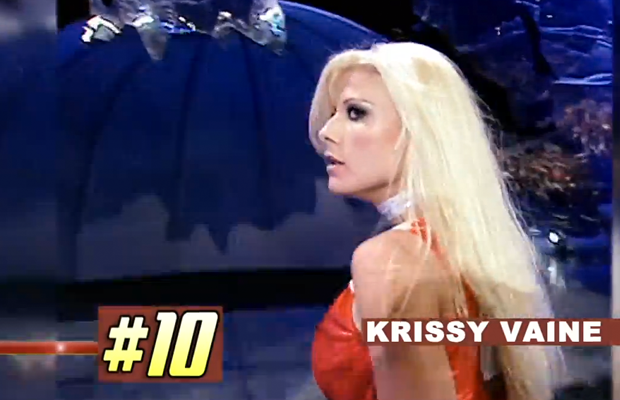 WWE.com has compiled a list of 12 “one-hit wonders” from wrestling history: wrestlers who appeared suddenly and disappeared from television just as quickly.

Krissy Vaine‘s September 2007 attack on Torrie Wilson landed on the list at number 10.

The attack was considered a “one-hit wonder” because Krissy left the WWE soon after. She would later explain to us in detail the reasons behind her abrupt departure.

After leaving the WWE, Krissy wrestled for a few years on the independent circuit under her new alias Kristin Astara before retiring in 2011.

Longtime Diva Dirt readers will remember Krissy’s stint writing a column and hosting an audio show as a member of Team Diva Dirt.

Watch the full countdown below:

Do you think Krissy could have been a successful WWE Diva?