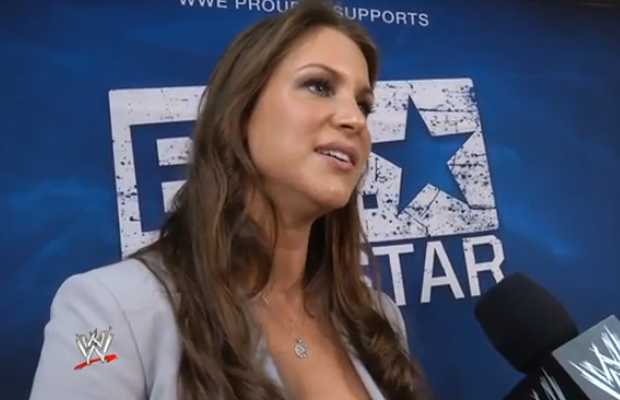 At yesterday’s Be A STAR rally in California, Stephanie McMahon talked to the WWE camera about the importance of having someone like WWE Superstar Darren Young, who came out as gay yesterday, share his story at the event.

Stephanie says it takes “a lot of courage to stand up for who you are and what you believe in.”

She praises Darren for telling his story to the families at the rally, saying that it speaks to his character.

RELATED: WWE Divas Past and Present Support Darren Young in Coming Out