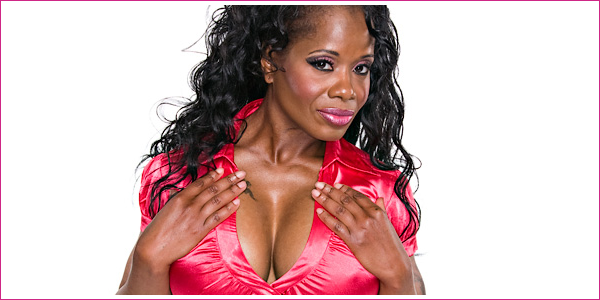 Sad news on the Knockout front: TNA is fading Jacqueline away from an onscreen role, ending her 12 year career in the major leagues of wrestling.

Since 1997, Jacqueline has managed to stay in the forefront of America’s biggest promotions – from WCW to WWE to TNA. Her shocking longevity only struck me a few days ago, admist speculation as to why she wasn’t present at the Destination X pay per view last Sunday. It’s true to say that Jacqueline’s run is unprecedented considering the average length of a female wrestler’s career.

Not to panic though! Jacqueline hasn’t been fired. As TNA moves her away from television, she will take up the role of agent for the Knockouts division, keeping her in the fold of the company and women’s wrestling for years to come hopefully.

May I take this time to congratulate Jackie on her amazing career, she truly deserves a round of applause.

In a tribute to her career, we’ll be counting down Jacqueline’s top five matches as voted for by you. Details after the cut.

We want you to vote for your favourite Jackie matches! We’ll be highlighting the top 5 very soon here on the site! Whether it be WCW, WWE or TNA! Fill out the form below with your suggestion: