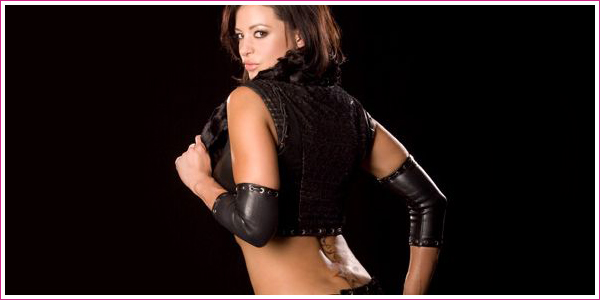 Oh snaps! Looks as though all is not well in the WWE Universe (I really hate that phrase), we’ve got Superstars turning on Superstars! Former WWE Tag Team Champion and Melina cohort, John Morrison put former Women’s Champion, Candice Michelle on blast in a No Mercy live blog on the WWE Universe (formerly Fan Nation) site.

Morrison says that ‘Candace’ looks as though she has had too much plastic surgery. Yes, we all know it’s painstakingly obvious but we hardly expected a fellow WWE employee to go for such a low blow. Character or not, there’s just some things that are off limits – so much for a lockerroom family! Still, Melanie did have a good chuckle:

John Morrison and The Miz took part in the No Mercy Live Blog on the WWE Universe site last night during the pay-per-view. During the chat session, Morrison made a remark saying that Candice Michelle looks like she’s had too much plastic surgery. Morrison said: “she looks like she’s had way too much, plastic surgery, … and actually when Jenny McCarthy came to WWE to support autism she thought Candace was special because of how spastically she moves.” He also said she can’t jump while watching her match with Beth Phoenix last night. “I think Candace is vertically challenged… I mean seriously, she can’t jump!”