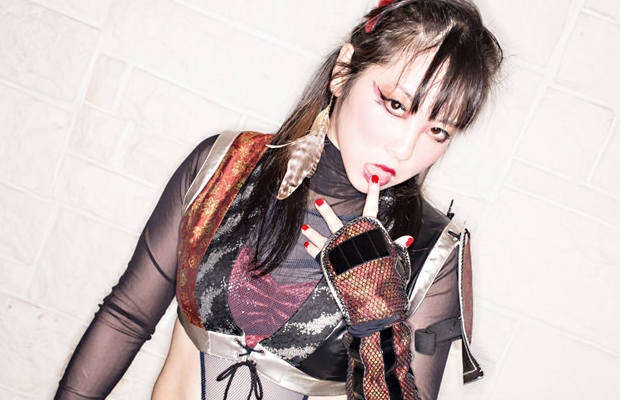 Welcome back to another edition of the Joshi Roundup! We are back with injury updates, a new promotion starting, and spotlighting the one and only Act Yasukawa! 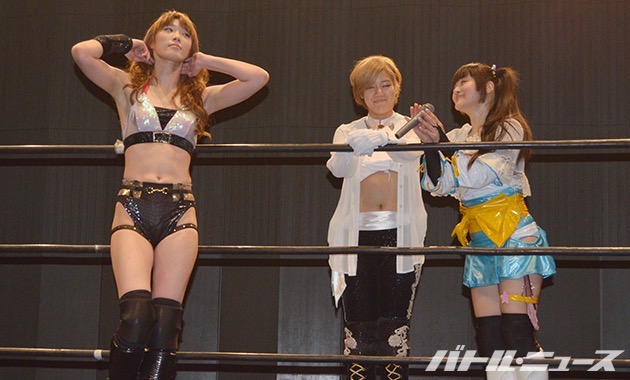 To update a story from a few months ago, Tokyo Joshi Pro wrestler KANNA fractured her eye socket in August which knocked her out of action. It has been announced she will make her return on October 12th, and will be teaming with popular model/wrestler Saki Akai in her first match back. KANNA gained some new fans when Kana (now Asuka) was signed by WWE, and maybe that new temporary fame will help her career at least in the short term. In the accompanying picture, Akai is on the left and KANNA is in the middle. (Source) 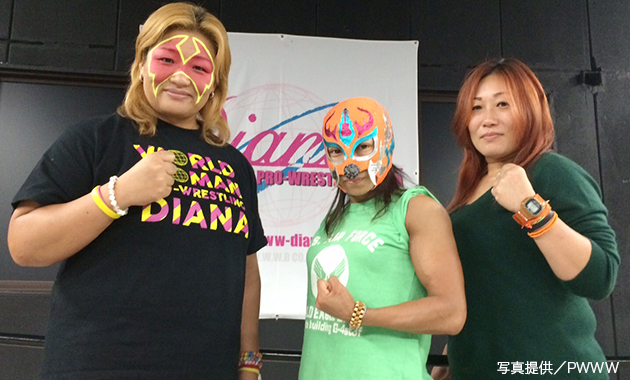 JWP and Diana have announced a joint show on November 20th! This is notable as Diana events are rarely available as they do not have a TV deal, so we may get to see some action from the reclusive promotion. The main event has already been announced: Kyoko Inoue vs. Kayoko Haruyama! We are still a ways away from the event so we will get more information on other possible matches as the date nears. (Source) 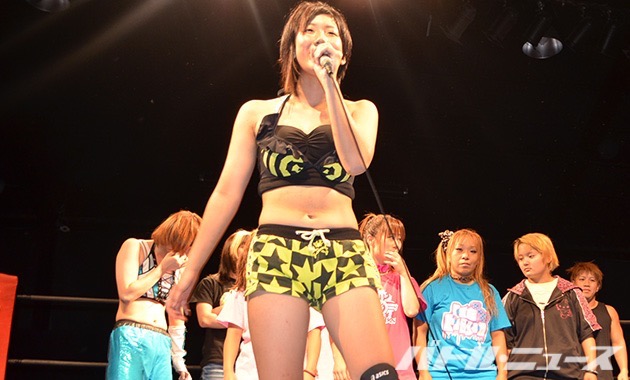 And finally, in news that came out of nowhere, a new promotion called Apple Star Puroresu will have their first event on November 27th! Hikari Minami is returning after a three year retirement to wrestle on the event, she is only 20 years old and left wrestling to pursue her education. Also announced for the card are wrestlers Atsushi Onita, Yoshiaki Fujiwara, Great Sasuke, and more. For the Joshi side, Kyoko Inoue and Akayo Hamada were announced as well. No word yet on who Minami will face but I’ll keep you updated as they announce more details. (Source)

Pretty slow results week but we did have a few events worth talking about. First of all, Stardom had a show on October 4th, with Hudson Envy challenging Io Shirai for the Wonder of Stardom Championship. Here are the full results from the show:

Ice Ribbon had an event on October 3rd, a small show but with an appearance by Tank Nagai: 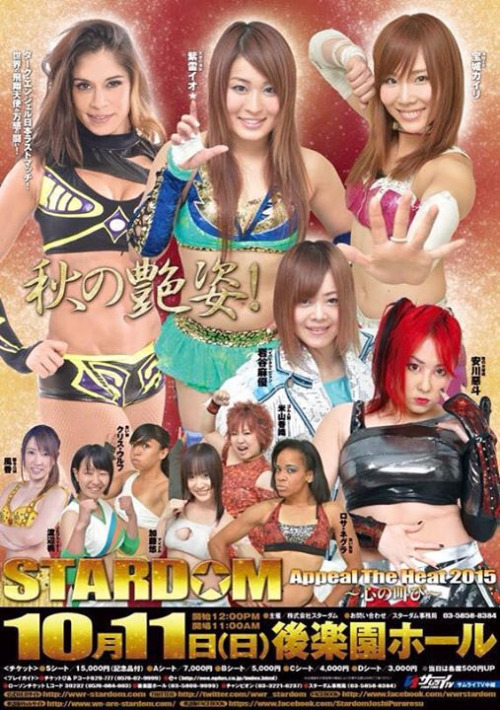 Stardom has a major event on October 11th, with Hojo and Yasukawa having a big match to find the next challenger of the World of Stardom Championship. Here is the card: 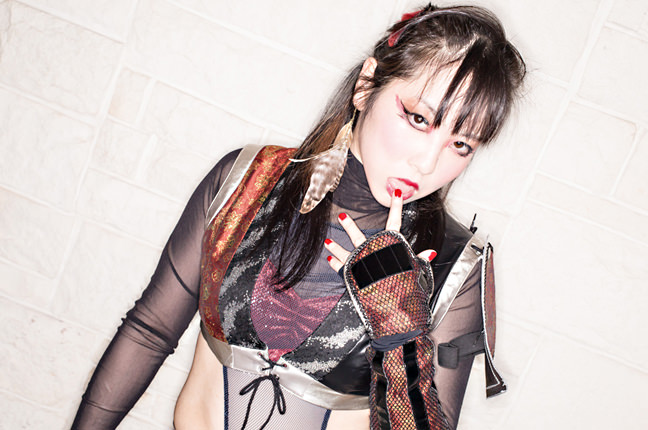 There are few wrestlers in the world that have a more heart wrenching story on their climb to the top than Act Yasukawa. Nothing has been easy for her, as she fought through abuse growing up, medical issues, and illness to become one of the most popular wrestlers in Stardom. After an incident with Yoshiko in the ring back in February, some thought she may never wrestle again but Yasukawa said immediately after what happened that she would return.  And she was right, as on September 23rd she had her first match back in the ring. Which all her fans are very happy about, I can’t vouch for Haruka Kato’s happiness that she is back:

Yasukawa is picking up right where she left off, as later this week she will wrestle Hojo for the right to face Satomura for the World of Stardom Championship. Yasukawa is not only an inspiration but a damn good wrestler as well, and I’m excited to see her back in the ring again.

Next week I will be back with more news and results as this weekend there is a fair amount of activity happening in Japan. If you have any suggestions for the column, let us know! Also if you have any Joshi questions feel free to hit me up on Twitter, I can be found at @purocentral. And finally, I have opened a new store where I sell Joshi-related items (all 100% authentic, no copies or fakes) that I purchase directly from Japan. So if you are looking for some Joshi memorabilia, check out purocentralshop.com!