Knockout Comments on Victory Road… and It’s Not Jenna! 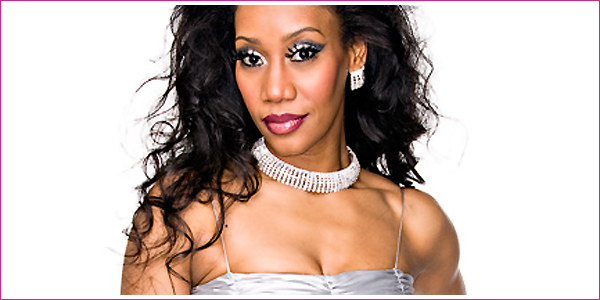 With all the talk over the past couple of weeks about what is being described as the worst match in TNA history, Jenna vs Sharmell at Victory Road, you’d think there was only one person in the match — Jenna Morasca. After all, she’s been the one doing all the talking… until now.

Jenna’s opponent, industry veteran Sharmell piped in with her thoughts on a recent stint on the Monday Night Mayhem radio show. And it seems as though Sharmell shares much of the same opinion as her former foe:

Actually that’s my first time hearing it, because I hadn’t heard any critique on that. We’ve been working ever since Victory Road, so I hadn’t heard any of the feedback of that, but if they think it was the ‘worst match,’ that’s great. All publicity is good publicity, so at least they are still talking about me. Even though I didn’t get the pin, I was obviously the most-experienced, the one who was able to handle herself the best in the ring, & got the better of Jenna throughout the match. So let them keep talking…any news is good news.

You can’t polish a turd, Sharmell.