Lana/Rusev Engagement Being Incorporated into Storyline 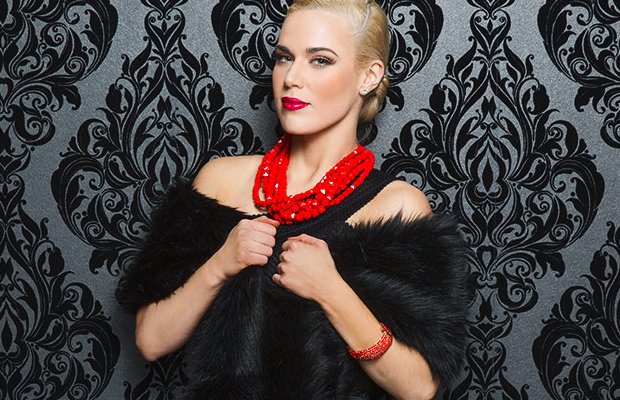 Lana and Rusev‘s real life engagement has led to an on screen reunion as well.

The engagement, which was first announced yesterday on TMZ, is being incorporated into the couple’s on screen storyline. Lana commented to WWE.com about the turn of events, explaining why the two have reunited in spite of their recent animosity:

“It’s very obvious Rusev proposed to me. If you watched Rusev and Summer, Rusev has always loved me. He was just so devastated about me picking Dolph that he went with Summer to make me jealous. But at the end of the day, we know we’re good for each other.”

As for why she accepted his proposal, she cited her survival instinct:

“I am from the former Soviet Union; Rusev grew up in Bulgaria, and one common thread they teach you there is to survive,” said Lana. “The winters get very cold and they get very dark. We do what we need to do to survive. This is what is happening. We will be leaving the greatest legacy this company and the WWE Universe has ever seen.”

Lana also acknowledged her relationship with Dolph Ziggler, shedding light on why she ultimately chose Rusev over him:

“He’s very funny and he’s charming, but he is not The Super Athlete. With me, Rusev was the undefeated Super Athlete. He listened to what I said, he was very focused. We made each other better. He challenged me and I challenged him. Summer has made him so soft that he hasn’t won. You tell me, who is the better pick?”

Dolph spoke to WWE.com about Lana’s surprise engagement, being cagey about it but admitting that the two had “a helluva run” together:

EXCLUSIVE: Dolph Ziggler weighs in on Rusev and Lana's Engagement

The WWE.com article teases that more about this turn of events will be explained on tonight’s Raw.