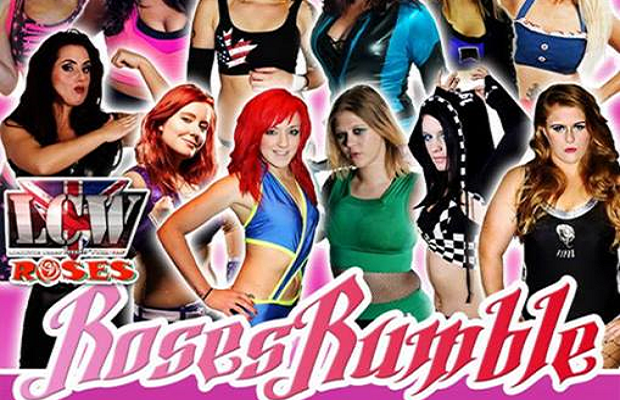 The main event for the show will be the titular Roses Rumble, where fifteen women will take part in an over-the-top, through-the-middle or under-the-bottom-rope elimination rumble match.

In addition, the co-main event will see three of the brightest young stars in the country battle it out, as Nikki Storm, Kay Lee Ray and Erin Angel face off in a three-way dance. However, there’ll be more than just pride to play for, as whoever wins the match will be the last entrant into the Rumble match, while whoever takes the fall will enter first.

Meanwhile, heading the undercard are an international match-up between “The Fighting Irish” Rhia O’Reilly and “The All-American Canadian” Addy Starr and a tag team contest between The Pin-Up Princesses (Nadia Sapphire and Violet Vendetta) and the makeshift team of Viper & Jenna.

Finally, two newcomers to the scene will get a chance to make a name for themselves against more experienced opposition, as LCW trainee Shauna Shay goes one-on-one with The Glamour Gym’s Carmel Jacob, and House of Pain trainee Felony will face Pollyanna Peppers.