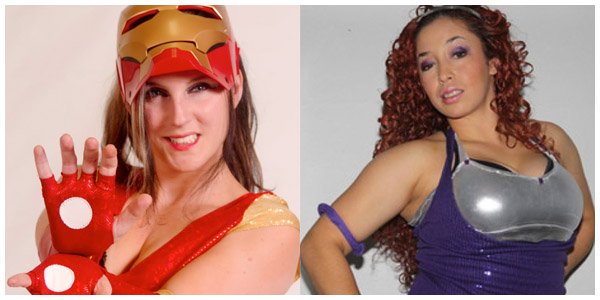 As well as Isis the Amazon, Leva Bates and Niya also competed in tryouts with TNA this week.

Leva, who is based in Orlando, took on Isis last night and lost via chokeslam. She is one of the rising independent female talents, wowing crowds especially at SHIMMER, with her superhero-themed ring attire. Leva has attire ranging from Iron Man to Chun Li from Street Fighter, which always makes her a popular personality for fans. She was featured in our Five to Watch last year.

Niya, meanwhile, was the mystery name that faced Madison Rayne on Monday night in a dark match that got some pretty bad reviews. Niya is best known for her work in WSU but also works for Afa the Wild Samoan’s WXW promotion. She was featured on the last WSU iPPV defeating Athena.

Thoughts: I’ve seen a couple of Niya’s match (against Athena and Kristin Astara) and she is green in the ring. Isis obviously has the star attraction and could be a marketing dream. Leva would be a fun addition too if they keep her gimmick intact.