Lita Day Retrospective: “A Video Game Character Who Changed My Life” by bobbiedee 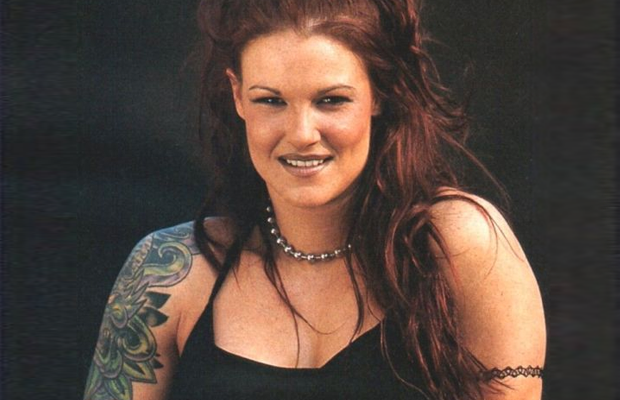 “A Video Game Character Who Changed My Life” by bobbiedee

March 2002 – I had just turned 12 years old. Prior to this – throughout my younger years at school – I would watch all the other kids wrestle during break – not by choice, but because I had NO OTHER CHOICE. All my friends were into it, shouting famous wrestling slogans to each other non stop and trying to Stunner each other on the grass. I had no idea what was going on. They would imitate their favourite wrestlers from the WWF and I just thought it was the worst – most embarrassing thing ever! I couldn’t understand why anyone would want to watch this stuff, let alone spend their entire break trying to act it out!

So, as said, moving forward to 2002. Here I am, bored in the house, and I go into my younger brothers bedroom to stir up some trouble – where both of them were playing their wrestling game (Smackdown: Know Your Role for Playstation). I would have usually rolled my eyes and left the room, but for some reason, I lay belly down on the bed behind them and glanced at the screen. I seen that my brother David’s character was a woman. A woman with red attire who was doing all these crazy moves!!! Of course, I thought it was just computerised, and that a wrestler couldn’t possibly do all this stuff – let alone a random woman named “Lita” that I had never heard of before (everyone knew Sable & Chyna, wrestling fan or not!). I think I must have said something like “Omg, this game is so shit, she cant possibly do things like that. Is she even a real person!?” … to which my brother replied (not looking around, still concentrating on his match) “Aye, she’s pure cool. She’s the best. She’s in Team Extreme with my favourite Jeff Hardy.”

“What, does she actually do this kind of thing on television? In matches? Do woman wrestle? Do they wrestle each other!?”

“Aye, me and Jack watched her at WrestleMania last week, she should have won shouldn’t she have?” *giving Jack a nudge*.

I was intrigued. The name was cool, the outfit was cool, the moves were cool. Was I really getting interested in wrestling!??? Well, to cut a long story short, that was the start of the biggest obsession of my entire life – an obsession which is still with me to this day! First of all, I always thought wrestling was a bunch of butch guys doing silly boring moves like body slams and suplexes. I had no idea that Springboard moonsaults and flying hurricanranas were performed, and secondly, by women too!??? (The funny thing is, knowing what I know now, Amy herself became engrossed in wrestling after seeing Lucha stars wrestling!). I remember specifically asking my brothers how I could watch this; what TV channel the shows were on and at what times. Of course, they told me, and I believe the very first woman’s match I ever watched was Ivory vs. Jazz from Metal of March/April 2002. Of course, as awesome as it was watching two woman go at it for a Women’s Title, I still hadn’t seen Lita wrestle. I was DESPERATE to see this ridiculously cool woman show up on my television and put me in awe. Unfortunately, that was not to be, not for a VERY long time.

It didn’t take me long to become familiar with the online wrestling world, where I found out the reason why Lita was no where to be seen. She had broke her neck; and her career was – at that time – in jeopardy. I had became interested in wrestling at the worst possible time. I randomly become infatuated with this woman, I’m watching the shows non stop for 3/4 weeks trying to get a glimpse of her, and then I find out she’s not just injured, but she may never be back in the ring again.

So what could I do? Well, I waited. I watched Trish Stratus, Jazz and Molly Holly battle it out for the title throughout the Summer of 2002. I fucking LOVED Trish and Molly. Molly was another one who grabbed my attention because she would do back handsprings and flying somersaults (Molly Go Rounds) around the ring. I’ve always been into that stuff – was always flipping around and trying risky things as a child! I became so engrossed in Woman’s wrestling – and eventually wrestling as a whole – that it quickly took over my life. I was bleeding my mother and father dry with buying tons of VHS tapes for me; spending days locked away in my computer room looking up wrestling related things and educating myself on the business, I even started wearing baggy pants like Lita & The Hardy Boyz. I was obsessed. Of course, the first VHS tape I bought had to have Lita in it! I hadn’t seen her wrestle other than as a character on a video game, so it wasn’t long before I purchased Survivor Series 2001, WrestleMania 18 and Rebellion 2000. That Christmas (2002), my parents surprised me with her own home video Lita: It Just Feels Right. I honestly can say that I must have watched that tape a thousand times over the last 12 years. Not a word of a lie. A thousand times, at least!

So, by mid 2003, I’m already the biggest WWE fan ever. The biggest woman’s wrestling fan ever, and the biggest Lita fan ever. I loved EVERY female on the roster, but I just knew that Lita had something different – even though she was inactive. She was COOL! By that time, rumours were already flying around that she was about to make her return. I didn’t know when or how but going by the internet, it was right around the corner. Sure enough, she returned when I had expected her too – it really was a certainty that she would have saved Trish FINALLY from the drastic beat downs by Molly & Gail. At this time, WWE Programming did not air live in the United Kingdom, so I knew everything beforehand by reading the spoilers. I remember reading the spoilers on Rajah.com that Tuesday morning and almost having a heart attack! She was back! She had returned! I couldn’t believe it. It was finally happening! I just couldn’t wait until the Friday when it would air on our screens. I remember very specifically sitting with my two brothers and my friend, and feeling a massive sense of euphoria the moment she clotheslined Gail Kim and the fans were popping HUGE! The DDT, the powerbomb, the Twist of Fate! Bam! She was back, looked amazing, and I was smiling ear to ear. FINALLY, after 15 months, she would be a regular on my screens. Her book coming out at the same time was also a blessing as I was able to learn so much more about her. I felt as if I connected with her in many ways as she is so much like me as a person – despite the gender difference. I wanted a best friend just like her. She was just so cool! Ah man. It sounds cheesy but writing this piece has brought all the memories back and I’m feeling rather emotional.

I would love to write a thesis on my journey with Lita. But I will skip right through to the present day. I can honestly say that since Lita’s departure in 2006, I STILL watch at least one Lita match every week, but its usually more. I’m no longer the little mark I used to be. I have practically STUDIED the business over the past decade and I’m completely honoured to say that I am not only a fan, but a historian, a follower, everything rolled into one. I often get asked when I’m going to kick the obsession, but to be honest, I don’t see it ever happening. Seeing Lita wrestling in the video game that day opened Pandora’s Box for me. I have spent over £10, 000 following the WWE since I started watching – tickets to shows, VHS tapes, DVD’s, books, magazines, Pay Per Views … I’ve done it all. If I wasn’t the wrestling fan I am today, I don’t know what I would be doing. I’m proud to say I have an interest and a hobby that I can invest so much time in. I certainly lead a less boring life than many others I know, and it satisfies me in every way.

Amy “Lita” Dumas is my ULTIMATE idol. I often say that Shawn Michaels & Chris Jericho are the guys I look up to, but if I was to be really honest with myself, it’s Amy. She changed me as a person and for that I will be forever grateful. Watching RAW a few weeks ago and seeing her being announced for the Hall of Fame brought tears to my eyes. It’s the last chapter in the book for her, and the closing of a door for me in a sense. Lita, if on the off chance you EVER happen to read this, I just want to say THANK YOU. You are a legend and someone who moulded me into the person I am today. Congratulations, and cheers to ya! <3