Lita Day Retrospective: “Amy Against the World” by Christopher Bello 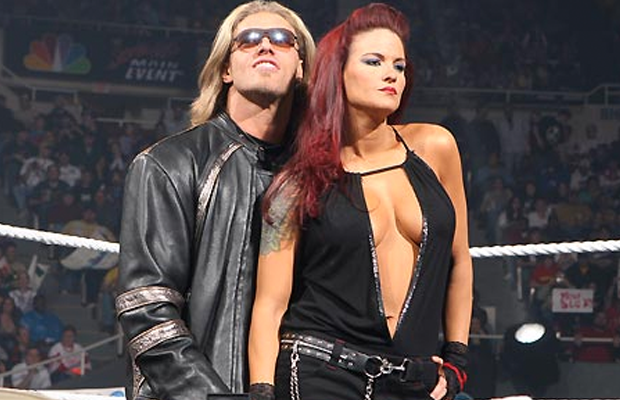 “Amy Against the World” by Christopher Bello

There, I said it. I never have been and I never will be. But, there is one moment in her career that has always nagged me- her heel turn on Kane.

Here’s what bothered me: people didn’t hate Lita because she played a huge bitch or did evil things that really irked them as fans. People hated Lita because they hated Amy Dumas. Or, better put, they hated what Amy Dumas did to Matt Hardy. I have never been a fan of bringing reality into the wrestling world, and the latter part of this great woman’s career is the epitome of why.

Lita was a trailblazer. She broke barriers, wrestled with the boys, kicked ass, put on great matches- she was untouchable. But Amy? When “Lita” became “Amy Dumas”, she became a filthy, dirty, devious, SLUT. And why? Because mister flawless, Matt Hardy, said so.

See, those same people who shamed and hated Amy like to believe that they made the decision to hate her. But they didn’t. Matt Hardy did, because Matt Hardy was the one who actually experienced what he did with her. Those people are in denial about the fact that they had no legitimate reason to spew hatred and disgust towards their once-beloved “Lita.”

The devaluing of Amy Dumas only happened because it was Man versus Woman. Had the roles been reversed and Matt cheated on Amy, it could have easily been spun in Matt’s favor, because men can whatever the f*ck they please. But a woman? A woman cheating on a man? Despicable!

I hated the end of Lita’s career. She was turned into the town mule, and all was fair in the battle against The Slut. Literally nothing was off limits- it was disgusting. So much of the reason I hated the end of her career was that it proved how demented and screwed up society was. I hated knowing that I lived in a world full of double-standards and discrimination. And I also hated knowing that Amy couldn’t win her fight.

But one day, Amy fought back. The most important thing she ever said that I constantly think of was this:

“All the sacrifices I made- whether tearing everything out of my knee, whether breaking my NECK!” Preach. I was ten years old when Amy gave this speech. Ten. And at that age I could feel the gravity of her words and what it meant for her to able to say everything she had bottled up.

Amy gave everything to her career. She put her personal sanity in jeopardy, and as has been well-documented, it did not pay off. Amy has stated that her Matt/Edge/Lita angle was the darkest period of her entire life. That’s pretty heavy, and so unfortunate.

Her own bosses couldn’t even give her the respect of a decent walkaway. They made her lose her last match, which is fine, because this is the norm in wrestling. But, they then proceeded to have her humiliated for a lofty five minutes or so afterwards. Classy.

Lita is one of the greatest of all time. Period. Maybe not for her work, specifically, but surely for being herself. Lita stood in front of the world and let Amy shine through. That’s not an easy thing to do- the all-time greats are the ones who do that. They put themselves in the line of fire, being embraced or disgraced, and it is always a jarring reaction.

Amy Dumas, I salute you.