Ultima Lucha Tres begins tonight and the match card for the event includes two Luchadora matches and a host of other opportunities for women to join the chaotic fray.

Here is a preview of what’s to come: 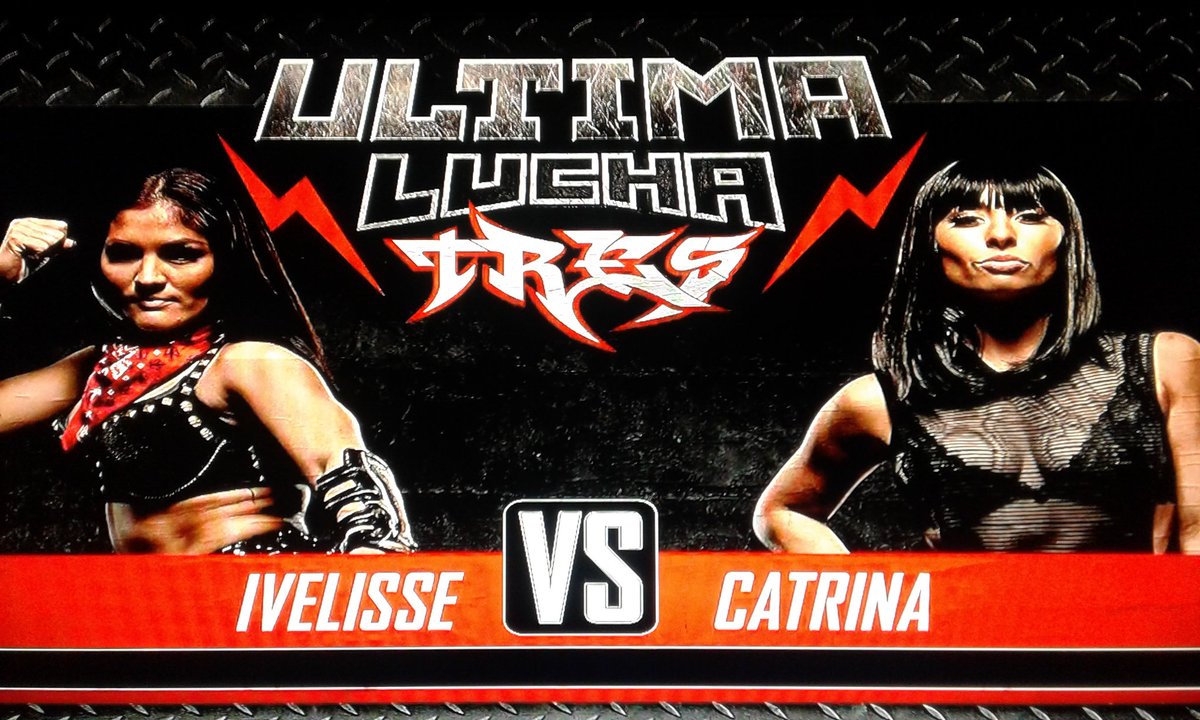 Ivelisse and Catrina’s beef goes way back to Season One of Lucha Underground. Ivelisse, once a holder of the Trios Championship with Son of Havoc and Angelico, Catrina marked her for death when Catrina’s disciples were eying the gold.

After failing to capture the Lucha Underground title from Mil Muertes last season, Ivelisse would move into a feud with Taya. Catrina was always watching her though and wound up costing Ivelisse her match against Taya at Ultima Lucha Dos.

Ivelisse issued a firm statement to Catrina at the beginning of this season.

She would go on to issue a challenge for Ultima Lucha Tres against the Mistress of the Macabre.

Catrina accepted and the two women will blow off their longstanding rivalry during this four week event.

To make matters even more complicated, Jeremiah Crane arrived at the Temple earlier this season to join Ivelisse.

However, his attraction to the Temple isn’t just because of his girlfriend Ivelisse, unbeknownst to the Baddest Bitch, he’s Catrina’s former lover and he’s there to try and win Catrina back. What will happen when she returns and faces him?

Taya has been a thorn in Sexy Star’s side this whole season. With Worldwide Underground Taya has asserted great power and helped Johnny Mundo rise to the top this season as he unseated Sexy for the Lucha Underground Championship.

Johnny Mundo defeated Sexy in a rematch to retain the championship, all thanks to Taya’s interference. Sexy’s ally The Mack would square off against Johnny for the championship but again Taya and the Worldwide Underground would humiliate him and help Johnny keep his title.

Meanwhile, someone started terrorizing Sexy with spiders. Already on edge from losing her title, Sexy became unhinged and faced off against Veneno, believing he was the one leaving bad omens for her.

However, during her Mask vs Mask match Joey Ryan interrupted and unmasked Veneno. A week later and she faced off against Joey to get some retribution. During her match up Taya came down to the ring and distracted her, causing Sexy to lose.

Now their feud all comes to a head during Utima Lucha Tres as they’ll compete in a Last Luchadora Standing Match!

Join me next week as I preview two more matches that could involve Luchadoras in the Temple.

Lucha Underground airs tonight at 8 pm ET on the El Rey Network, with Ultima Lucha Tres airing these next four weeks. Episodes can also be purchased on iTunes and Seasons One and Two are available on Netflix and Amazon.

What matches are you excited for? Who do you think will win? Sound off in the comments below.