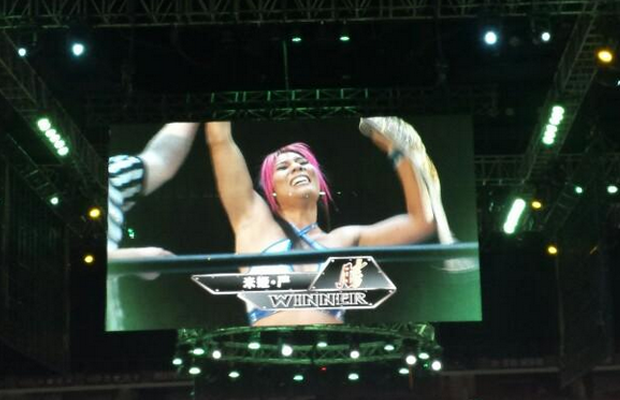 Mia Yim is the new SHINE Champion, winning the title today in Beijing, China, no less.

Mia won the title in one of SHINE’s showcase matches as part of the WWN Live tour of China. This was Ivelisse‘s last title defense of the tour, having already retained the championship against Su Yung and Allysin Kay.

Mia makes history with the win, too, becoming the first woman to hold both the SHINE Championship and the SHINE Tag Team Championships.

Ivelisse had held the title since January, when she defeated Rain for the belt on SHINE 16.