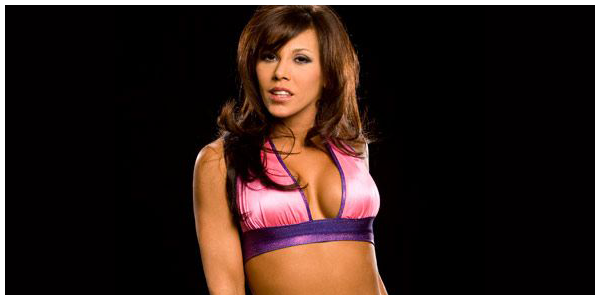 Former WWE Diva, Mickie James, has debunked rumours that she is heading to TNA via her Twitter page. Despite her manager confirming to us earlier this week that Mickie has not signed with the company, a report posted on TheSportsCourier.com claimed  Thursday that James was the newest acquisition to the Knockouts division.

Excuse me Mr. Jerry Sorrentino [author of the article]. Before you go reporting assumptions as “facts” I suggest you get your facts straight! Especially when they concern me! That is all… Thank you! ;-p

As we reported Monday, TNA President Dixie Carter has been teasing a big new acquisition to the company, with some suspecting it to be the five-time Women’s Champion.

Mickie’s manager, Mary Michael told us: “To lay the rumors to rest, as of yet I can confirm that Mickie James has not signed a deal with TNA.”

So there you have it…