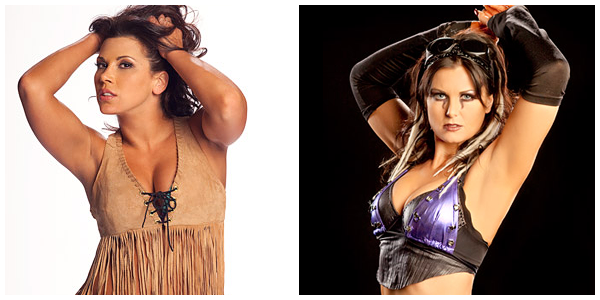 Perhaps the most shocking release in recent years has to be that of Mickie James, who is without a doubt the most popular Diva in the WWE. James signed with WWE in 2003 before making her debut in October 2005 and won the first of her five Women’s Championships at WrestleMania 22 defeating Trish Stratus. Mickie has gone onto win the belt a further four times and has also won the Divas Championship on one occasion.

Last year, Mickie was part of the controversial ‘Piggie James’ angle which was considered by myself to be ‘scripted bullying’. She is due to release an album next month and we all know how WWE feels about outside endeavors [see Maria]. PWInsider reported earlier this week that there was some heat on James during last week’s European tour. They write:

As we reported earlier this week in the PWInsider.com Elite section, there was some heat on James for conduct on the European tour as she caused several of the tour buses to be late. There was a feeling among some that given that she had just beaten a bad staph infection and was lucky to return in time for Wrestlemania, she should have been conducting herself a little more professional. Among some of the wrestlers, she was on their “most endangered” list after the tour.

Even more perplexing is that Mickie’s release comes a day before she is due to appear on SmackDown, which was taped this past Tuesday. Mickie will team with Beth Phoenix against Team Lay-Cool.

As for Katie Lea, the British Diva was signed to a developmental contract in 2006 and was brought up to the main roster in 2008, with ‘brother’ Paul Burchill. The two started on Raw, where Katie got a brief push against Mickie James for the Women’s Championship, however after this was used sparingly as a wrestler. The Burchills later traded to ECW before Katie was moved back to Raw in January, while Paul was released.