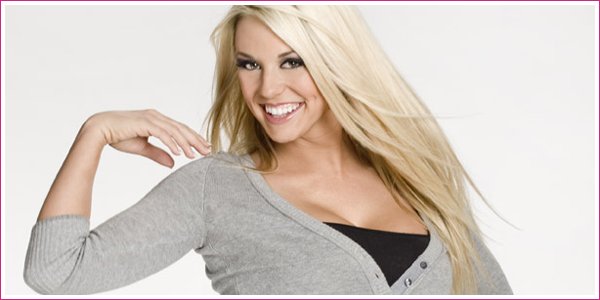 Talk about being in the right place at the right time, ECW Diva Tiffany has been announced as the new interim General Manager of the brand after Teddy Long upgraded to SmackDown at tonight’s tapings.

Remember, last night on Raw, Vickie Guerrero announced that she was giving up her SmackDown position to become the permanent GM of Raw.

And before someone says it, no I don’t see Tiffany becoming GM as a promotion – she’s still just a television character like any other Diva and like Vickie Guerrero. And no, I don’t think it’s because the Creative Team or Vince see something special in her. It just seems like she was introduced in the right position (as Teddy Long’s assistant) to be kayfabe promoted.

EDIT: Apparently, Tiffany has adopted Torrie Wilson‘s entrance theme, “A Girl Like That.” Is nothing sacred anymore? As a huge Torrie fan it annoys me. That music was written for Torrie for the Wreckless Intent album. You wouldn’t give away Trish’s music or Lita‘s or Victoria‘s. WWE slaps Torrie in the face once again.